The Simon & Garfunkel Story is back!

Direct from London’s West End and a sold out worldwide tour, The Simon & Garfunkel Story celebrates one of the world’s most successful multi award winning duos.

Now seen by over a 1/4 million people across the world, The Simon and Garfunkel Story is a critically acclaimed concert style theatre show about two young boys from Queens, New York who went on to become the world’s most successful music duo. Using state of the art video projection, lighting and a full live band The Simon & Garfunkel Story is a moving and powerful concert featuring all the hits such as Mrs Robinson, Bridge Over Troubled Water, Homeward Bound, Scarborough Fair, The Boxer, The Sound Of Silence and many more, this is a show not to be missed! 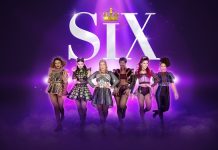 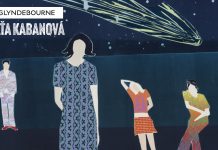 Since their first ever concert in Adelaide, Australia in 1988 the Australian Pink Floyd Show...

Let your soul sing with this dazzling multi-award-winning musical. Direct from the West End, with...

Please contact the Reading Arts Box Office if you have any queries about your booking...

Rescheduled from October 2020, then February 2021 We present to you an all-singing, all-dancing extravaganza...