- Advertisement -
Home East Midlands In Conversation with The Sopranos

Steve, Vince and Michael will deliver the stories behind the stories; the incredible bonding of the talented cast as they matured with the show and whereby their characters became so believable that people in the streets still call them by their character names; hear the stories of their friendships that developed with their cast mates including their leader and Capo in both film and real life, James Gandolfini.

Once in a lifetime opportunity to know the people behind the actors as they invite the audience to ask questions with a fun-filled and informative Q and A at the end of the show. Vince and Michael, both experienced actors, also had parts in Goodfellas, while Steve is working on Bluebloods. 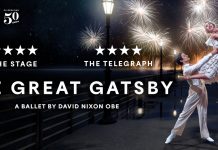 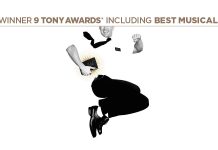 ‘Why should I continue to be tolerant?When the world has been so intolerant of me?’...

Royal Shakespeare Company – The Taming of the Shrew

Baptista Minola is seeking to sell off her son Katherine to the highest bidder. Cue...

Joe Spud is twelve years old and the richest boy in the country. He has...

‘Why should I continue to be tolerant?When the world has been so intolerant of me?’...
- Advertisement -