The Civic, Stourport is a volunteer run group who fought the decision to close the Civic Hall in Stourport by the local district Council in February 2011. We were offered a chance to prove that the venue was worth saving, and if so the venue would be transferred into community ownership.

In September 2013 it was announced that we had been successful in securing the future of the venue.

The Civic Group (as we are informally known) have taken a much underused venue and transformed it into a beating heart of the community. From holding around 30 events each year The Civic Hall now hosts over 300 events each year and attracts people from all over the country, and internationally.

The Civic was invited to speak at the Theatres Trust (the UK advisory body for the theatre industry) annual conference in April 2014. 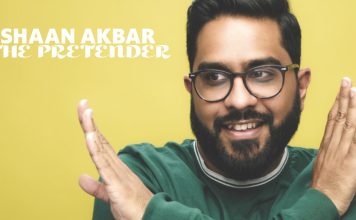 Eshaan Akbar brings us his debut tour, The Pretender.

Whether it’s you, the person you go on a date with, your boss, or the opinion-makers on TV, we’re all pretending we know what we’re doing. We don’t. And it’s about time we all had a proper laugh about it.
- Advertisement -