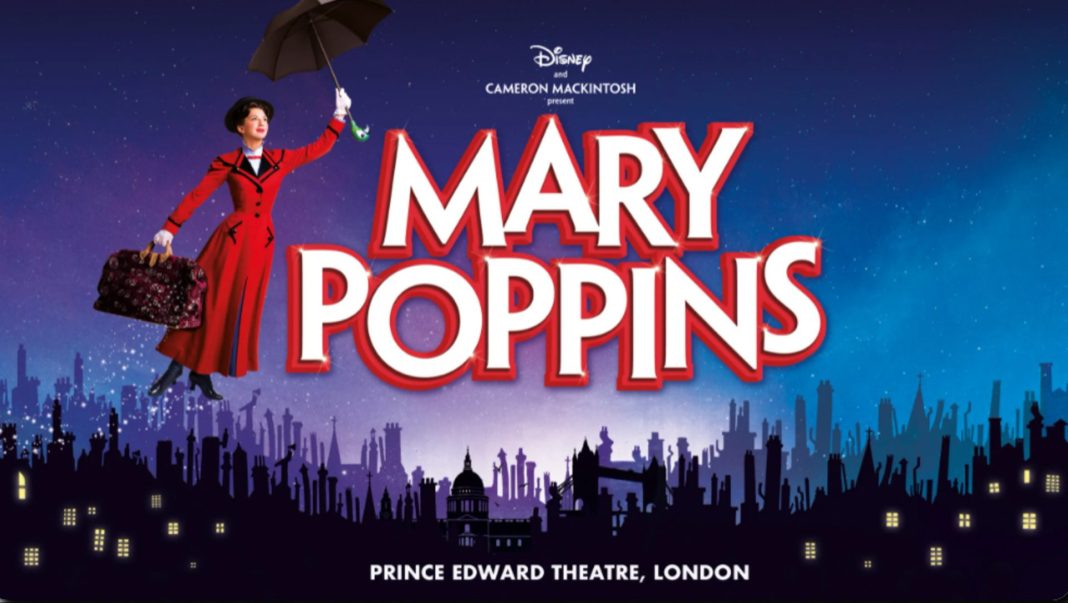 Disney and Cameron Mackintosh today (6 July 2022) release new photography as Louis Gaunt plays the role of Bert replacing Charlie Stemp whilst he performs as Bobby in the Chichester Festival Theatre production of Crazy for You this summer.

Based on the stories of P.L. Travers and the original Walt Disney film, Mary Poppins will celebrate its final performance at the Prince Edward Theatre on 8 January 2023.

Based on the stories of P.L. Travers and the original Walt Disney film, this production of Mary Poppins opened in October 2019 and played to March 2020 when it closed due to the Covid shutdown. Post pandemic the production re-opened in August 2021 with nightly standing ovations and will now play a further six-month extension into Christmas and New Year. Mary Poppins continues to spread her magic around the globe, having just opened in Tokyo earlier this year and Sydney in May where it has been received wonderfully by critics and audiences alike.

The stage production originally opened in the West End in December 2004, running for over 1,250 performances. During this time, the production won two Olivier Awards and an Evening Standard Award. Subsequently the Tony Award®-winning Broadway production ran for over six years. Mary Poppins was also the winner of Best Musical Revival at the 2020 Whatsonstage Awards and Best Set Design and Best Theatre Choreographer awards at the 2020 Olivier Awards.

The magical story of the world’s favourite Nanny arriving on Cherry Tree Lane has been triumphantly and spectacularly brought to the stage with dazzling choreography, incredible effects and unforgettable songs. The stage version of Mary Poppins, brilliantly adapted from the wonderful stories by PL Travers and the original beloved Walt Disney film, continues to be a smash hit around the world since its opening in London 18 years ago.

The original music and lyrics by Richard M. Sherman and Robert B. Sherman include the classic songs Jolly Holiday, Step in Time, Feed the Birds and Supercalifragilisticexpialidocious. New songs and additional music are by the Olivier award-winning British team of George Stiles and Anthony Drewe.

Book is by Academy Award®-winning screenwriter and Downton Abbey creator, Julian Fellowes and this production is co-created by Cameron Mackintosh. The producer for Disney Theatrical Productions is Thomas Schumacher. This production of Mary Poppins has orchestrations by William David Brohn with dance and vocal arrangements by George Stiles. Sound design is by Paul Gatehouse and lighting is by Hugh Vanstone and Natasha Katz. Co-choreography is by Stephen Mear. The reimagined set and costume designs are by Bob Crowley. Co-direction and choreography is by Matthew Bourne and direction by Richard Eyre.

Through the life of one woman Rose tells the story of a century where everything changed except the violence of the strong against the weak.
- Advertisement -