Home Kevin Clifton and cast get standing ovation for Rock of Ages at... 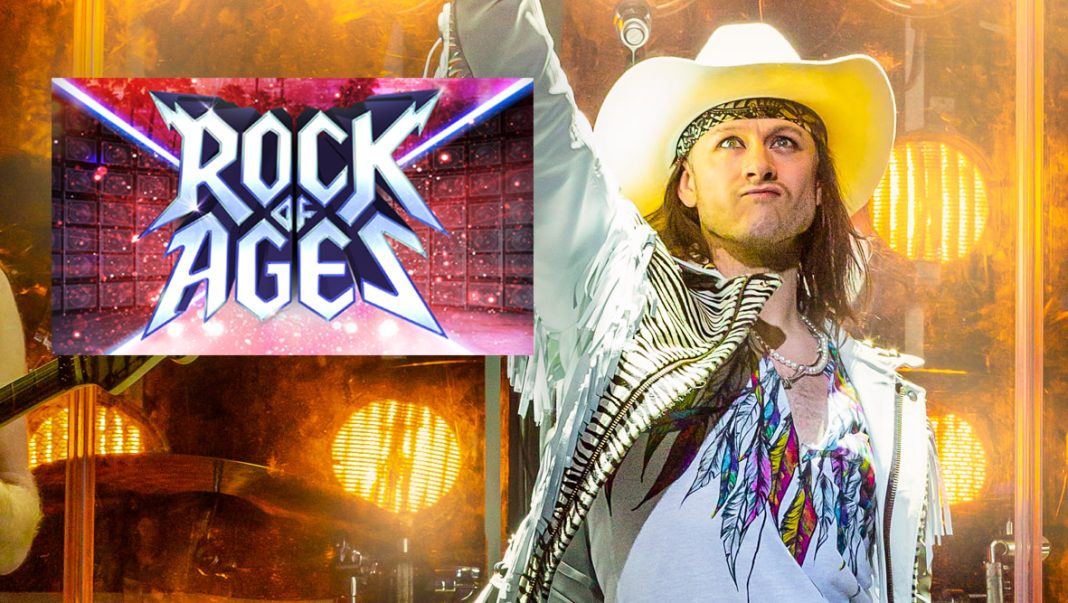 Firstly, it was fantastic to be back in the theatre again and Rock of Ages was the perfect antidote for releasing pent-up energy and enjoying a carefree, escapist evening of musical comedy in this ultimate ’80s rock ‘n’ roll musical.

Kevin Clifton, reprised his role of rock star Stacee Jaxx and didn’t disappoint the audience with not only great dancing, of course, but great singing too, powering his way through the classic rock anthems. Highly energised and slick performances throughout they engaged with the Wimbledon crowd immediately, with fantastic live (and loud) music, choreography and stupendous hair. Hilarious and escapist a great show but maybe not recommended for the younger members of the family! The cast were so excited to be back and received a well deserved standing ovation.

A hilarious musical comedy lavished with over 25 CLASSIC ROCK ANTHEMS, including Don’t Stop Believin’, We Built This City, The Final Countdown, Wanted Dead or Alive, Here I Go Again, Can’t Fight this Feeling and I Want To Know What Love Is, played loud and proud by an AWESOME live band.

Rock of Ages is at the New Wimbledon Theatre until September 25th.

The Rock of Ages tour continues around the UK