Portsmouth Guildhall is a multi-use building in the centre of Portsmouth, UK, located on a pedestrian square close to the Portsmouth and Southsea railway station. Constructed in 1890 and originally used by the local council, the building was known as Portsmouth Town Hall until 1926. It was heavily damaged by bombing during the Second World War and largely rebuilt during the 1950s by the English architect Ernest Berry Webber.

The Guildhall now operates as a concert, wedding and conference venue. It has been managed by the Portsmouth Cultural Trust,a registered charity, since 2011. The main hall has a standing capacity of up to 2,500 for concerts. 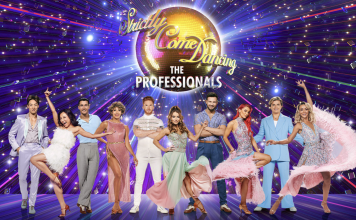 A spectacular line-up of not just one, not two, but 10 of the world’s best professional dancers will be hitting the road next year for the 2023 official Strictly Come Dancing: The Professionals UK Tour.
- Advertisement -