The Bridgewater Hall is Manchester’s international concert venue, built to give the best possible space for music. The Hall hosts over 250 performances a year including classical music, rock, pop, jazz, world music and much more.

The Hall is home to three resident orchestras: the Hallé, the BBC Philharmonic and Manchester Camerata. The Hall also programmes its own classical music season, the International Concert Series. The Hall works with a range of promoters and charity hirers on other programming.

The construction of The Bridgewater Hall was funded in partnership by Manchester City Council and the Central Manchester Development Corporation with assistance from the European Regional Development Fund.

The ongoing operation of the Hall is now the responsibility of an independent charitable trust, Manchester Concert Hall Limited. The Bridgewater Hall is managed by SMG Europe Holdings Limited. SMG is one of the world’s largest international venue operators. The Bridgewater Hall is part of SMG’s expanding UK theatres division, which also includes York Barbican, Whitley Bay Playhouse and Scunthorpe’s Plowright Theatre and Baths Hall. 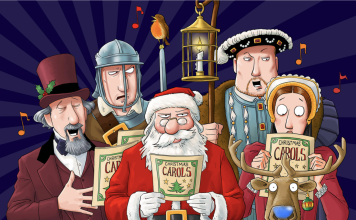 When Christmas comes under threat from a jolly man dressed in red, it’s up to one young boy to save the day – but can he save Christmas?
- Advertisement -