Carnegie Hall was commissioned in the early 20th century to provide Dunfermline with a public hall for the arts.

It was named in honour of industrialist, businessman and philanthropist Andrew Carnegie, widely regarded as Dunfermline’s most famous son.

Situated at the heart of Dunfermline, Carnegie Hall is an attractive art deco theatre which presents a quality programme of music, drama, comedy, dance and children’s shows.

Adjacent to Carnegie Hall, the Music Institute welcomes workshops, classes and children’s groups. Our Studio Theatre, found within the Music Institute, also acts as a rehearsal and performance space for creating and developing new work. 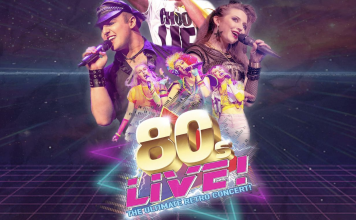 The ultimate 80s night out, so come dressed to impress as we spin you around and around for a night to remember. Blending pop and soft rock, the show includes hits such as Girls just Wanna have fun, Edge of Heaven, Tainted Love, Love Shack, Living on a Prayer, The Final Countdown, Don’t You Want Me Baby, Relax, Never Gonna Give You Up, It’s Raining Men, Rio and the list goes on.
- Advertisement -