Over the years, a number of different operating companies have made The Alhambra their home, including original owners Alhambra (Dunfermline) Ltd, AB King in the mid 30’s, JB Milne in the mid 40’s, Caledonian Associated Cinemas from the 50’s to the 80’s, and Carlton Bingo until February 2006, when they moved to purpose-built bingo premises in Duloch Park.

Despite a brave campaign by local entertainment historian Brian Nobile, most then thought that the end of the line had finally come for the building, until the opportunity came to the notice of Bill Fletcher of property developers Linklever Ltd, who now own the building.

A public awareness campaign called ‘Alhambra in the Raw’ saw fundraising events taking place in the building to raise the money required for the refurbishment. The hard work of many dedicated individuals has now paid off, resulting in a vibrant, exciting entertainment space of which Dunfermline should be very proud.

The 7th of June 2008 saw the re-launch of the Alhambra as a theatre and live music venue, and the programme that has been presented so far has proved to be hugely successful. We hosted the first West End touring production (Bill Kenwright’s Blood Brothers) to visit Dunfermline for 77 years to great local support and enthusiasm. Since then the Alhambra has gone from strength to strength, establishing itself as a number one touring house and bringing some of the most well-known names in entertainment to Dunfermline. Since the reopening the theatre has played host to the likes of Thriller Live, An Evening with Sir Alex Ferguson, Frankie Boyle, Morrissey, Biffy Clyro, Peter Pan on Ice, Jason Manford, Brendan Cole and Paolo Nutini.

The transformation is as astonishing as it is pleasing to all who visit, whether it be for live music, theatre, dance or comedy. The Alhambra is a top class theatre for the people of Fife, and this is just the start of the next chapter of its exciting history! 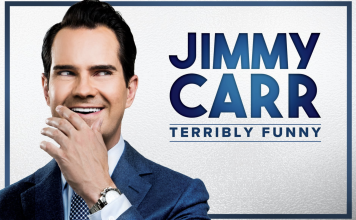