The Script
The Scirpt Tour trailer

Having returned with the emotive, stadium-bound first single ‘The Last Time’, ‘Sunsets & Full Moons’ is the sound of The Script – Danny O’Donoghue (vocals, piano, guitar), Mark Sheehan (vocals, guitars) and Glen Power (drums) – focusing on the inclusive, uplifting songwriting that helped them become an arena-filling band with a fervent fan base the world over.

In many ways, ‘Sunsets & Full Moons’ feels like a sequel to The Script’s much-loved debut album. Both albums emerged from emotionally turbulent times: O’Donoghue lost his father around the time of the release of their debut. And ten years later, he lost his mother as they worked on this album – with both his parents passing on Valentine’s Day. Naturally the songs began to reflect the band’s own personal experiences – and those are themes sure to resonate with their fans, too.

“I think it’s the most poignant record we’ve ever made,” asserts O’Donoghue. “Our music was always about being together with the audience, and writing about your own feelings, and sharing them”. 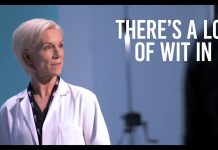 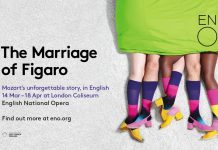 ENO’s The Marriage of Figaro

(*Mr Cleese does not appear in this production – he wanted to, but we wouldn’t...

A sell-out before its world premiere season opened in 2016, Matthew Bourne’s triumphant adaptation of...

Following its critically acclaimed, sold out World Premiere in 2018, Touching The Void transfers to...

Age Recommendation: 3+Under 14s must be accompanied by an adult aged 18+ Get ready for...

In the remote Scottish Highlands two women arrive at a former Crofters Hut in the...

A co-production with Kingston Theatre Parts One and Twobased on Elena Ferrante’s Neapolitan Novelsadapted by April...

Message in a Bottle

Message In A Bottle is the spectacular new dance-theatre show from triple Olivier Award nominee...

The Kite Runner, an outstanding and unforgettable theatrical tour de force is touring the UK...
- Advertisement -