Performing the music of Pink Floyd with note for note perfection, this critically acclaimed tribute show has been astonishing audiences worldwide. Striving to reproduce the Pink Floyd experience and bring the music to new audiences, the show continues to include a stunning light and laser show, video animations, state of the art high resolution LED screen technology and other special effects. 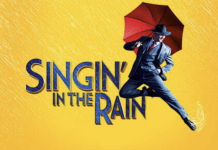 Waltzes, film scores, opera and musicals André Rieu is quite simply a musical phenomenon like...

The smash-hit and critically acclaimed West End musical is going on tour! Funny, fabulous and...

The Illegal Eagles return to De Montfort Hall in 2021 for another outstanding show promising...