To coincide with the release of a career spanning best-of package, Supergrass: The Strange Ones 1994 – 2008, which also marks the 25th anniversary of their debut album, I Should Coco, the seminal British group will head out on a headline tour of the UK shortly after the box set’s release.

My Night With Reg 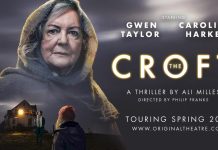 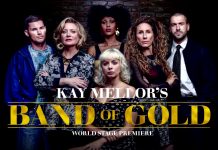 Re-live the sights and sounds of the sixties as the world’s premier Beatles band returns...

It’s 1931, Berlin is a haven of divine decadence and the legendary Sally Bowles is...

In the remote Scottish Highlands two women arrive at a former Crofters Hut in the...

The legendary BLOOD BROTHERS tells the captivating and moving tale of twins who, separated at birth,...

The biggest and best 60’s show touring the UK returns to Theatre Severn for one...

Opening at the Everyman Theatre prior to a National Tour and Christmas Season in London...
- Advertisement -