- Advertisement -
Home Scotland On Your Feet!

Her voice. His vision. Their story…

HER VOICE. HIS VISION. THEIR STORY.

The Broadway and West End production of Gloria and Emilio Estefan’s smash-hit musical is coming to Milton Keynes Theatre.

This exhilarating musical features some of the most iconic pops songs of the era, including Rhythm Is Gonna Get You, Conga, Get On Your Feet, Don’t Want To Lose You Now and 1-2-3. Directed by two-time Tony Award® winner Jerry Mitchell (Kinky Boots, Legally Blonde), with choreography by Olivier Award-winner Sergio Trujillo (Jersey Boys) and book by Academy Award® winner Alexander Dinelaris (Birdman).

Book now and get ON YOUR FEET! 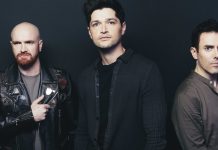 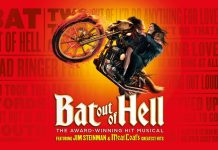 With rocking music, hilarious pranks and Dennis’s trademark humour, the mischievous twosome and their best...

Strictly Come Dancing favourite, Giovanni Pernice, is back with a brand new show for 2020....

Strictly Come Dancing favourite, Giovanni Pernice, is back with a brand new show for 2020....

The boys are back in town to celebrate their 20th year with this brand new...

The Habit of Art

One of our greatest playwrights, Bennett is celebrated for his sharp character observations and treasured...

After exhilarating audiences across the world with record breaking, sell-out productions and a smash hit...