Home Winnie The Pooh The Musical will be coming to the UK for... 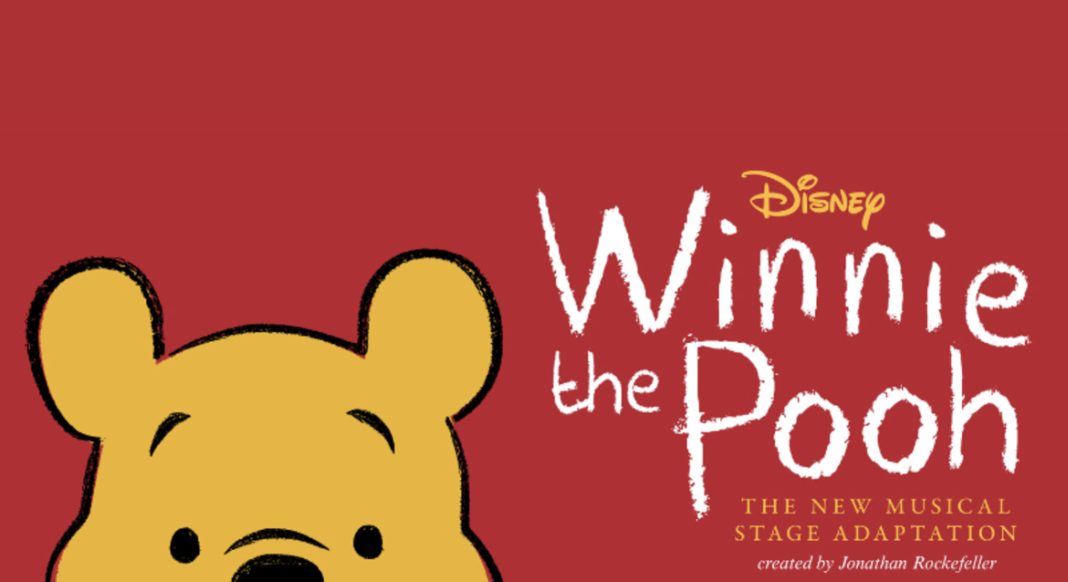 Featuring the Sherman Brothers’ classic Grammy Award-winning music with further songs by A.A. Milne, this beautiful fresh stage adaptation is told with stunning life-sized puppetry through the eyes of the characters we all know and love, in a new story from the Hundred Acre Wood.

The production is presented by Rockefeller Productions, in partnership with ROYO, and in association with Disney Theatrical Productions.

All the puppets featured in the show were designed and constructed within the walls of Rockefeller Productions by a talented team of artists, designers, patternmakers, builders, welders and fabricators.

Inspired by Disney’s original character designs, and Christopher Robin’s real-life counterparts, each larger-than-life size character ‘full of fluff’, covered in fur (or feathers) has been built lovingly many times over to get their look and movement just right.

The show features many of the original songs written by Robert and Richard Sherman, including ‘Winnie the Pooh’, ‘The Wonderful Thing About Tiggers’ and ‘A Rather Blustery Day’. A few short samples of Pooh’s ‘hums’ (songs Pooh makes up himself originally written by author A.A. Milne), also appear in various ways throughout the show.

The Sherman Brothers wrote most of the music for the Winnie the Pooh franchise over the years, which performed by the Disney Studio chorus, were subsequently incorporated into the 1977 musical film The Many Adventures of Winnie the Pooh which is an amalgamation of the three previous Winnie the Pooh featurettes, the first two of which Walt Disney produced himself.

The score of the original movies, drew inspiration from Sergei Prokofiev’s ‘Peter and the Wolf’, and had different instruments to represent the characters: baritone horn for Pooh, bass clarinet for Eeyore, flute for Kanga, piccolo for Roo, clarinet for Rabbit, oboe for Piglet, and French horn and ocarina for Owl. The Sherman Brother’s talent earned Winnie the Pooh and Tigger Too a Grammy award for ‘Best Album for Children’ amongst many other awards.

With a new orchestral score, the music in this stage show pays homage to all the great Winnie the Pooh musical history at Disney, including even, the 1980’s cartoon series. Like Pooh, it is the sort of music that you’ll be left humming too when you leave the theatre. The New Adventures of Winnie the Pooh, Piglet’s Big Movie (2003), and The Tigger Movie released in 2000. The latter was the award-winning return of the Sherman Brothers writing for a Disney movie after a 28-year absence.

Like Pooh, it is all the sort of music that you’ll be left humming too when you leave the theatre.