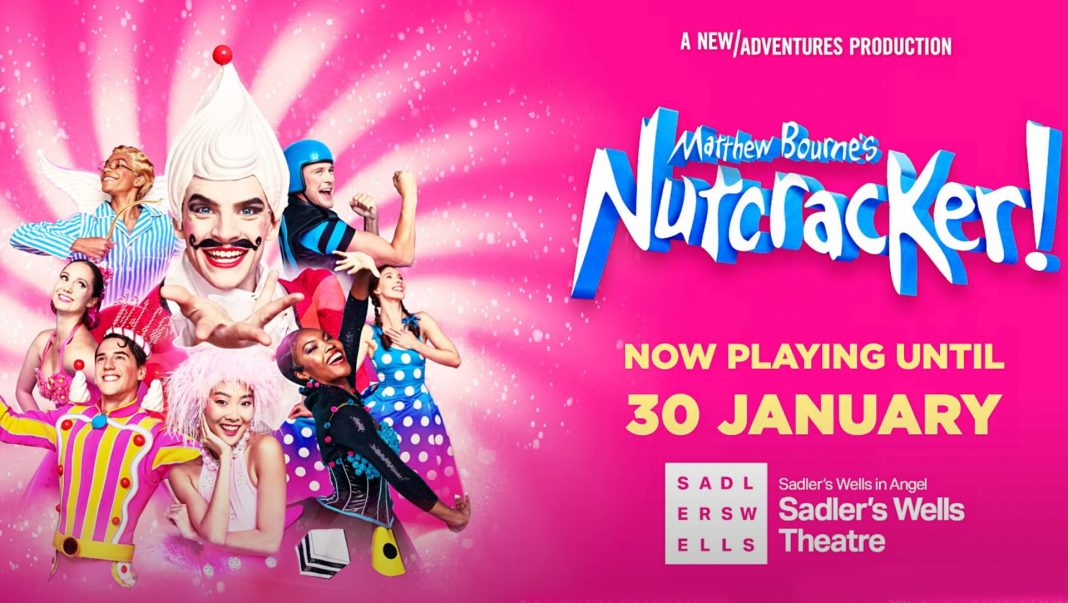 The sweetest of all Matthew Bourne’s treats returns for the first time ten years; it’s a Nutcracker! for all seasons. Now playing at Sadler’s Wells Theatre until 30 January before embarking on a full UK tour until April 2022.

Matthew Bourne’s Nutcracker! features a cast of well-loved New Adventures stars along with many stars of the future! Cordelia Braithwaite and Katrina Lyndon will play Clara with Ashley Shaw and Monique Jonas as Princess Sugar. Harrison Dowzell will play the title role, along with Ben Brown and Reece Causton and Fritz will be played by Dominic North, James Lovell and Stephen Murray. Playing the formidable Dr Dross we have Neil Westmoreland, Reece Causton and Danny Reubens with his wife, Mrs Dross performed by Madelaine Brennan, Daisy May Kemp and Steph Billers.