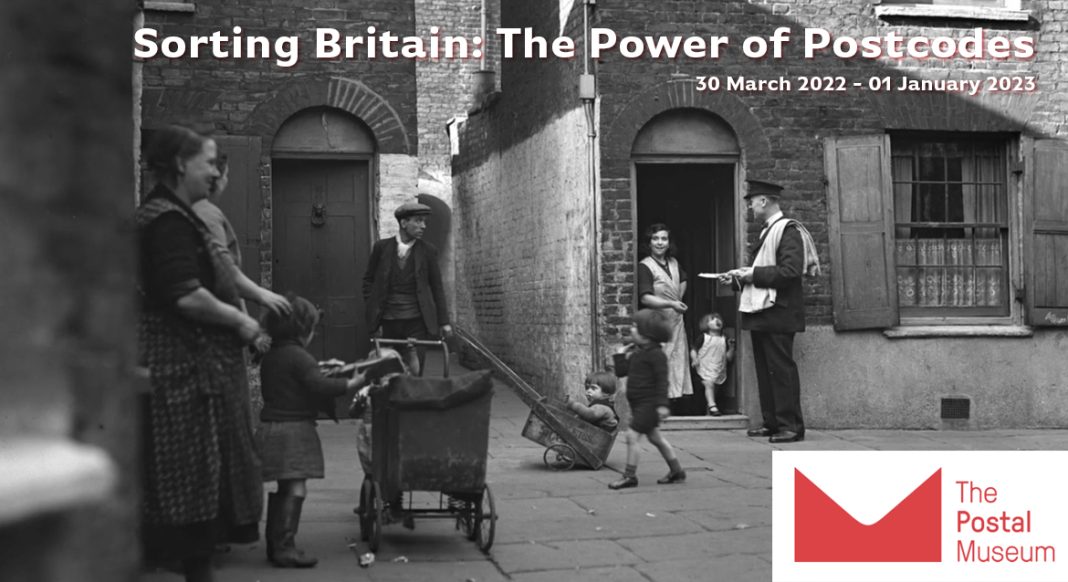 Sorting Britain: The Power of Postcodes

From wartime tech pioneers to ‘Poco the Postcode Elephant’ the surprising story of the postcode is uncovered in a new temporary exhibition at The Postal Museum in London.

Opening on Wednesday 30 March, Sorting Britain: The Power of Postcodes, delves into the Post Office innovation that revolutionised how post was processed, sorted, and delivered and its unintended outcomes for life in Britain.

Postcodes are part of everyday life. They affect everything from communications and identity to house prices and care. Postcodes were trialled in Norwich in 1959, but their story goes back further. The exhibition explains the early postal districts of London, Liverpool and Manchester in the 1850s to the modern coding we know today.

Tech pioneers Tommy Flowers, Dame Stephanie Shirley CH and Sir Gordon Radley, were some of the brilliant minds working at the Post Office Research Station at Dollis Hill in the 1930s to 60s. Their impact will be explored, from postal mechanisation and postcodes to inventions like Colossus, the world’s first programmable electronic computer, and even hearing aids.

Visitors can find out about the importance of ‘Poco the Postcode Elephant’ – and the array of incredible memorabilia created for it – which helped change the nation’s habits in the 1980s through a decade-long advertising campaign.

And, finally, Sorting Britain will consider ‘what does my postcode say about me?’, as it delves into how postcodes are now used to sort people, as well as post.

Contemporary British artist, Alison Turnbull, has been commissioned to create a response to the exhibition’s themes. Alison is known for transforming and reimagining readymade information, such as plans, diagrams, blueprints and charts, into vivid abstract paintings.

“There was a great sense of national pride at the heart of the drive for innovation at the Post Office. The mechanisation of traditional systems, and ultimately the adoption of the postcode system, helped changed the face of Britain forever. Today, the advent of new technology continues to change how we communicate with each other at astonishing speed. Sorting Britain is a fascinating look into this little-known history, told through the wonderful collections at The Postal Museum.”

The exhibition will be accompanied by events throughout 2022 at The Postal Museum and online. Details to be announced soon.

The Postal Museum tells the story of postal communication and its impact on a global society.

At the museum and online we bring five centuries of extraordinary communications history to life, as seen through the eyes of the iconic postal service. On a visit, experience interactive and family-friendly permanent and temporary exhibitions, join special events and learning activities, use modern research facilities and take an immersive ride on Mail Rail, London’s secret Post Office underground railway.

The Postal Museum is the public identity of the Postal Heritage Trust, an independent charity created to protect and share this rich history and heritage. To find out more, visit postalmuseum.org.

The Postal Museum is supported by Royal Mail and Post Office Limited.