- Advertisement -
Home THE DOCTOR: Full cast announced ahead of its West End transfer and... 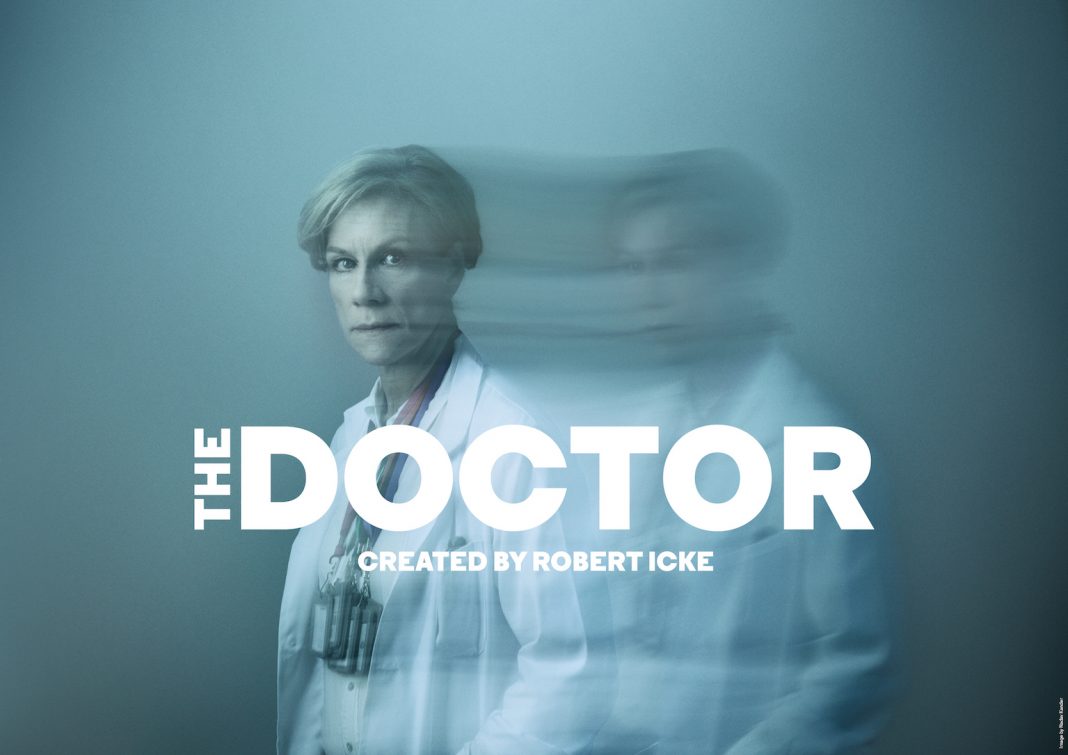 As rehearsals for its tour and West End transfer commence, multi-award winning actress Juliet Stevenson jointly wins the acclaimed Best Actress award at this year’s Critics’ Circle Theatre Awards for her portrayal of Dr Ruth Wolff in director, Robert Icke’s (The Wild Duck, Hamlet, Mary Stuart, Oresteia, 1984) sold-out, five-star Almeida Theatre production of The Doctor. In the most hotly-contested category of the year, the Critics’ Circle awarded this year’s Best Actress to both Juliet Stevenson for The Doctor and Sharon D Clarke for her role in Death Of A Salesman. This latest award for The Doctor follows Robert Icke’s Best Director award win, and Juliet’s Best Actress nomination, at the 65th Evening Standard Theatre Awards in November 2019. The production has also received nominations, including Best New Play, Best Director and Best Actress in a Play, ahead of the 20th Annual What’s On Stage Awards, which will be taking place in March 2020. Alongside Juliet Stevenson and returning to the production are, Mariah Louca, Daniel Rabin, Joy Richardson, Naomi Wirthner and Hannah Ledwidge on drums, with new cast members Chris Colquhoun, Shelley Conn, Anni Domingo, Liv Hill, Jamie Parker and Millicent Wong joining the production.

In a divisive time, in a divided nation, a society takes sides.

The latest smash-hit by ‘Britain’s best director’ (Telegraph) is a ‘provocative, wonderfully upsetting’ (Independent) whirlwind conversation around gender, race and identity, and a ‘devastating play for today’ (Financial Times).

Olivier Award winner, Juliet Stevenson, ‘delivers one of the peak performances of the theatrical year’ (The Guardian) in this ‘spell-binding’ (Evening Standard) production.

Prior to this, the production travels to Australia for the 2020 AdelaideFestival (27 February–8 March),as well as enjoying a limited run at the Theatre Royal Brighton (30 March – 4 April) and Richmond Theatre (6 April – 11 April), ahead of arriving in the West End.

The Doctor, by Robert Icke, very freely adapted from Arthur Schnitzler’s Professor Bernhardi, has been critically lauded since its opening at the Almeida in August 2019. Reunited from past productions (including Robert Icke’s Hamlet and Oedipus) the critically-acclaimed creative team for The Doctor includes designs by Hildegard Bechtler, lighting by Natasha Chivers and sound and composition by Tom Gibbons. Casting is by Julia Horan.

The Doctor is presented by The Ambassador Theatre Group & Almeida Theatre, Benjamin Lowy, Glass Half Full Productions, with Fiery Angel and Charles Diamond, in association with Scott Rudin and Sonia Friedman Productions.

The Doctor Rehearsal photos
1 of 13

Liv Hill (Sami) made her stage debut in 2019 in Lyndsey Turner’s production of Top Girls at the National Theatre. In 2018 Liv was recognised as a Screen International Star Of Tomorrow 2018 following her portrayal of Ruby in Three Girls, which also saw her receive a BAFTA Award nomination for Best Supporting Actress. Liv’s other screen work includes: Elizabeth Is Missing; The Great; Snatchers – Reclaim The Night; Jellyfish (for which she won the Michael Powell Prize for Best Performance in a British Feature Film at the Edinburgh International Film Festival); The Fight; The Little Stranger; and This Is The Winter.

Juliet Stevenson’s (Ruth Wolff) previous work at the Almeida includes Mary Stuart, Hamlet and Duet for One (all also West End). She has worked extensively for the Royal Shakespeare Company, the National Theatre and the Royal Court, winning an Olivier award for her performance as Paulina in Death and The Maiden in 1991. Her other most recent theatre credits include Wings and Happy Days at the Young Vic. Her films include Let Me Go; Truly, Madly, Deeply; Bend it Like Beckham; When Did You Last See Your Father?; Being Julia; Pierrepoint; Mona Lisa Smile and Departure. Recent television work includes Riviera; One of Us; The Enfield Haunting; Atlantis and The Village. Other television work includes Place of Execution; The Accused; The Hour and White Heat. She was awarded the CBE in 1999. In addition to her Olivier award, she has been nominated a further four times and is five times BAFTA nominated for her film and television work.

Hannah Ledwidge (Drums) is a multi-instrumentalist (drums, keyboard, bass guitar, electric guitar and acoustic guitar), music producer and entrepreneur. She studied Music Performance and Production at the London Centre of Contemporary Music and Berklee Music College in Boston USA. She has performed at several top venues including Wembley stadium and Jazz Café. Her versatility has seen her play different music genres from punk rock, jazz to hip hop and is the founder of Adlib Music Ltd. Previous theatre includes The Doctor (Almeida Theatre) and This Egg Theatre Company, and she is currently producing and playing music with various music and theatre companies including Streets Music.

The Doctor was Robert Icke’s final production as Associate Director at the Almeida Theatre. His work at the Almeida includes adapting and directing The Wild Duck, Mary Stuart (also West End), Uncle Vanya, Oresteia (also West End) and 1984 (co-created with Duncan Macmillan, also Broadway, West End, national and international tours). As director, his other Almeida productions include Hamlet (also West End and screened on BBC2), The Fever and Mr Burns. Elsewhere, his recent work includes The Crucible (Theater Basel), Oedipus (Toneelgroep Amsterdam and Edinburgh International Festival) and Orestie (Schauspiel Stuttgart, awarded the Kurt-Hubner-Regiepreis). His future work includes Ivanov (Schauspiel Stuttgart) and Children of Nora (Toneelgroep Amsterdam). He has won the UK Theatre Award, the Critics’ Circle Award and the Evening Standard Theatre Award for Best Director, and is the youngest ever winner of the Olivier Award for Best Director.

Arthur Schnitzler (1862 – 1931) was an Austrian playwright and novelist. His plays include La Ronde (reworked by David Hare as The Blue Room at the Donmar Warehouse in 1998); Anatol; Flirtation; Fair Game; Light-O-Love; Paracelsus; The Vast Domain and The Green Cockatoo. The Almeida Theatre makes brave new work that asks big questions: of plays, of theatre and of the world around us. It brings together the most exciting artists to take risks; to provoke, inspire and surprise audiences; to interrogate the present, dig up the past and imagine the future. The Almeida makes argument for theatre as an essential force in an increasingly fragmented society.