Home Standing at the Sky's Edge - The award winning musical returns to... 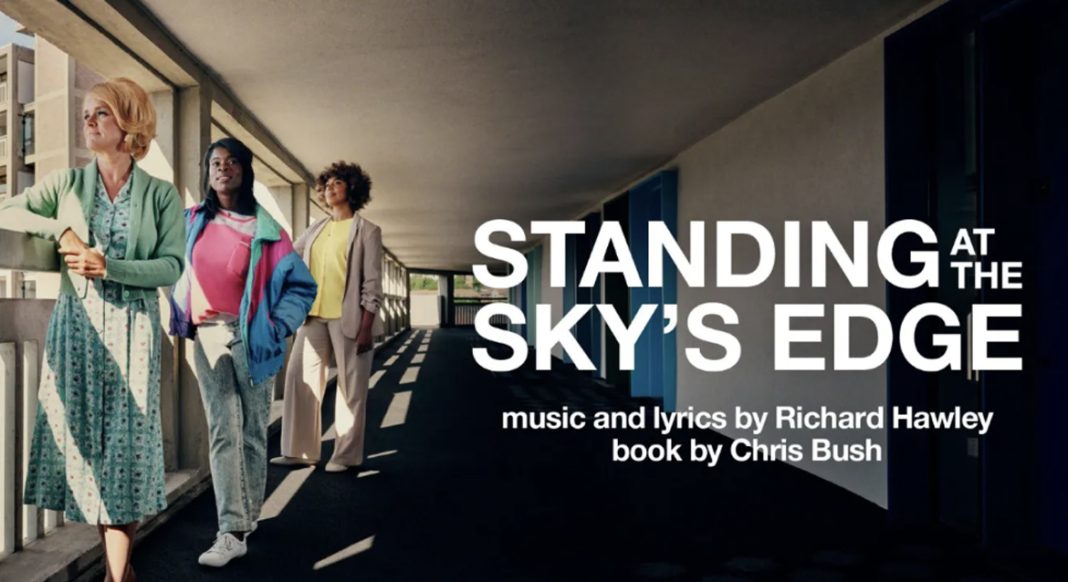 We want to share with you Maimuma Memon and Tom Deering performing Open Up Your Door from this year’s Christmas Crucible musical, Standing at the Sky’s Edge.

Winner of the Best Musical Production at the UK Theatre Awards and the 2020 South Bank Sky Arts Award for Theatre, Standing at the Sky’s Edge is a love letter to Sheffield, set to the irresistible sounds of Richard Hawley.

Poppy wants to escape her old life. Joy and Jimmy want to spend the rest of their lives together. Rose and Harry want the new life they’ve been promised.

Standing at the Sky’s Edge, the world première of a new musical by Richard Hawley and Chris Bush, will take to the Crucible stage. Alongside this landmark production, the city will come together to celebrate its history, its stories, its people.

Throughout the development of Standing at the Sky’s Edge, the creative team for the show has been in regular dialogue with ex-residents, residents and people who have a long-standing and close connection with Park Hill, which forms the backdrop for the production. The rich and diverse voices of Park Hill are now being brought together to create an audio piece that captures the experience of living there over the last sixty years. These stories will be featured online and in the Crucible throughout the run of the production.