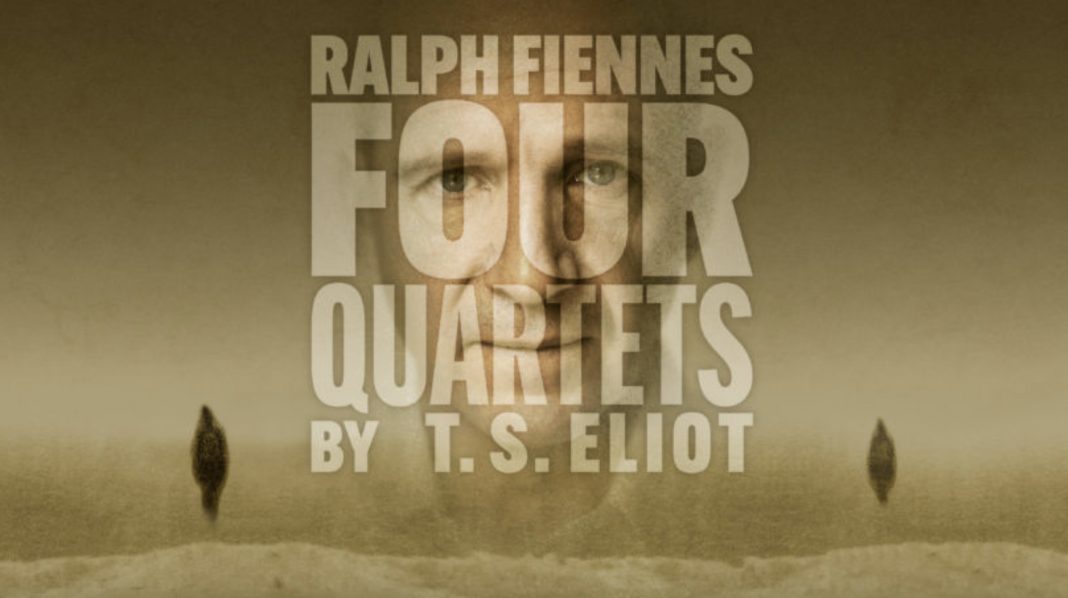 The celebrated English actor Ralph Fiennes directs and stars in a stunning adaptation of T.S. Eliot’s  Four Quartets, a world premiere production to welcome audiences back to live theatre.

Ralph Fiennes’ distinguished and award-winning career covers both stage and screen. Film credits  include Schindler’s List, The English Patient, The Grand Budapest Hotel, The Constant Gardener, Skyfall, In Bruges, The Dig and the Harry Potter series. Fiennes won a Tony Award for his portrayal of Hamlet on Broadway, and has portrayed many of theatre’s most iconic roles, with recent credits including Anthony and Cleopatra (National Theatre), Richard III (Almeida) and The Master Builder (The Old Vic).

Compelling, moving and symphonic, Four Quartets offers four interwoven meditations on the  nature of time, faith, and the quest for spiritual enlightenment. Mostly written during WWII when  the closure of playhouses during the Blitz interrupted Eliot’s work, Four Quartets was the  culminating achievement of his Nobel Prize winning literary career.

Four Quartets boasts an impressive and award-winning creative team including Hildegard Bechtler  for Design (Olivier Award for After the Dance, National Theatre), Tim Lutkin for Lighting (Olivier  Award for Chimerica) and Christopher Shutt for Sound (Tony Award for War Horse).