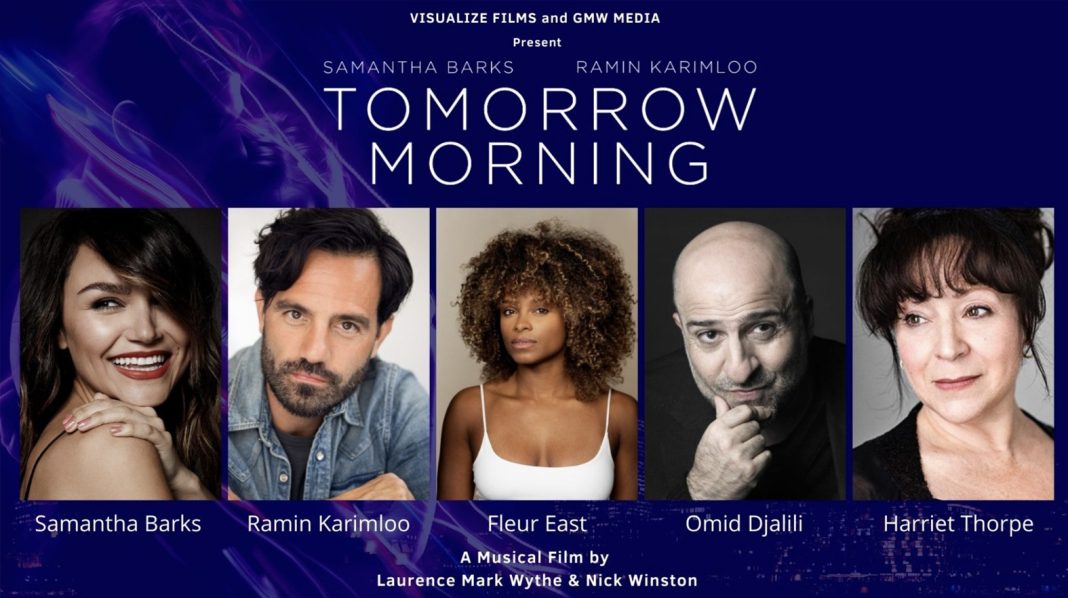 Ramin Karimloo and Samantha Barks have been cast in the leading roles for a new musical feature film ‘Tomorrow Morning’. The film is to be directed by Nick Winston (Fame The Musical) with the musical score composed by Laurence Mark Wythe.

The story follows the relationships of what at first seems like two different couples separated by a span of time; one couple is getting married, while the other is getting divorced. They are in fact one and the same couple, at two points in their relationship – a decade apart.

The film is set to be filmed on location in May and June 2021.

Samantha Barks is set to play the role of Elsa in the new London production of Disney’s Frozen The Musical, opening at the newly refurbished Drury Lane Theatre later this year. She played Éponine in Universal’s film adaptation of Les Misérables and the role of Vivian in Pretty Woman The Musical on Broadway. She made her television debut aged 18 on the BBC talent show-themed television series I’d Do Anything in 2008 finishing third.

Ramin Karimloo has played the leading role of Jean Valjean in Les Miserables on Broadway plus the Phantom in Phantom of the Opera. He originated the leading role in Love Never Dies, the sequel to Phantom of the Opera, for which he received an Olivier Award nomination. In addition, he played the role of Enjolras in the 25th Anniversary of Les Miserables at the O2 Arena in London. Most recently, Ramin starred as Gleb in Anastasia on Broadway and Anatoly in Chess at the Kennedy Center in Washington, DC. Ramin released a major label debut album, Human Heart(2012), and three EPs, Within the Six Square Inch (2007), The Road to Find Out: East (2014) and The Road to Find Out: South (2016). Currently he can be seen acting in the BBC’s primetime hospital drama Holby City in the role of Kian Madani.

Watch Samantha Barks and Ramin Karimloo performing together in the Umeda Arts Theatre’s production Chess The Musical in Japan. (2020)

Tomorrow Morning is made by Visualize Films in association with McGill Productions.