Home Now established as a firm favourite in Matthew Bourne’s repertoire, the award-winning... 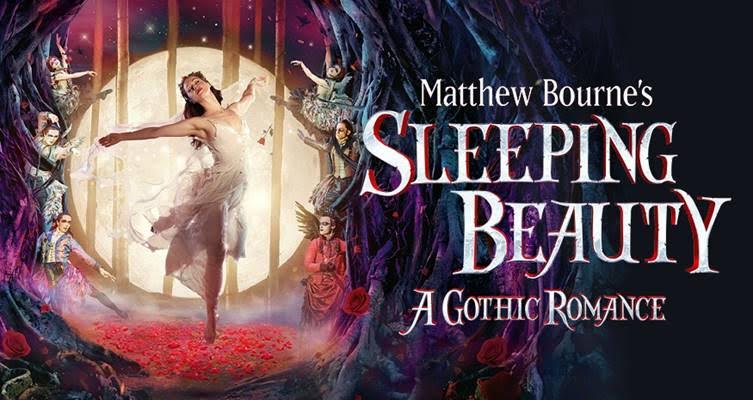 Having played international stages in New York, Charlotte, Washington, Des Moines, Cleveland and LA in the United States, Seoul in South Korea, Singapore, Shanghai and Beijing in China and Tokyo in Japan, the 2022/23 tour of ‘SLEEPING BEAUTY” will visit 16 venues across all regions of England and the UK, making it the most wide-ranging, large-scale tour of any dance company in the UK.

The stellar cast includes several original cast members as well as a young generation of performers new to this beloved production.

Ashley Shaw returns to the iconic role of ‘Princess Aurora’ along with Katrina Lyndon making her debut in the role. Aurora’s devoted ‘Leo’ will be played by Andrew Monaghan, with Stephen Murray and Rory Macleod both making their debuts in the role.

The Dark Fairy, ‘Carabosse’ and her son, ‘Caradoc’ feature debuts from Paris Fitzpatrick, Jackson Fisch and Ben Brown whilst the vampiric Good Fairy, ‘Count Lilac’, will also be played by Paris Fitzpatrick along with Dominic North and Christopher Thomas, all making their debuts in this role.

This year, two New Adventures Emerging Artist Apprentices, Hannah Kremer, currently in her third year at Rambert, and Perreira Franque currently in his last year at Performers College, will both make their professional debuts in “SLEEPING BEAUTY”.

Hannah Kremer first performed with New Adventures as part of the local cast in Matthew Bourne’s “ROMEO AND JULIET” at Sadler’s Wells in August 2019. Since then, she has taken part in Swan School and a number of other residencies within their Talent Development Programme. Perreira Franque’s first involvement with New Adventures was through a mock audition day. He then went on to take part in Swan School in 2021.

Hannah and Perreira follow in the footsteps of the inaugural Emerging Artist Apprentice, Enrique Ngbokota, whose apprenticeship has now ended but continues to be part of the New Adventures family with their role in “SLEEPING BEAUTY”. Enrique made their professional debut last year in Matthew Bourne’s “NUTCRACKER!” as ‘Cupid’, having first worked with New Adventures in “LORD OF THE FLIES”. They were also in the local cast of “ROMEO AND JULIET”.

New Adventures is also thrilled to announce its first Schools Tour that will accompany the national tour of “SLEEPING BEAUTY”. Growing our popular Schools Programme to achieve nationwide impact, New Adventures will deliver workshops to dozens of schools in the local communities of our partner venues that will both broaden the students’ horizons to the world of dance as young audience members, but also support their physical and emotional wellbeing through participation in dynamic movement workshops with the world-class Dance Artists of New Adventures. The New Adventures Schools Programme is the cornerstone of our schools and communities work, Take Part, and is currently made possible with the support of Arts Council England.

Matthew Bourne’s “SLEEPING BEAUTY” reawakens in 2022, celebrating 10 years since its premiere at Sadler’s Wells, when it became the fastest-selling production in the company’s history.

Now established as a firm favourite in the New Adventures repertoire, the award-winning “SLEEPING BEAUTY” has enchanted audiences throughout the UK and across the globe.

Enter a wondrous world of magical fairies and vampires, where the timeless tale of good vs evil is turned upside-down, creating a supernatural love story that even the passage of time itself cannot hinder. Will Princess Aurora ever find her true love again?

With an unforgettable score by Tchaikovsky, sumptuous sets and costumes, evocative lighting and masterly storytelling, the beloved fairy tale is brought to life by the uniquely talented New Adventures company. Get ready to be transported in time from the halcyon days of the late Edwardian era through to the modern day in this dazzlinggothic romance.

Following the success of their collaboration for Nutcracker! New Adventures are thrilled to be continuing their partnership with Fortnum & Mason for “Sleeping Beauty”.