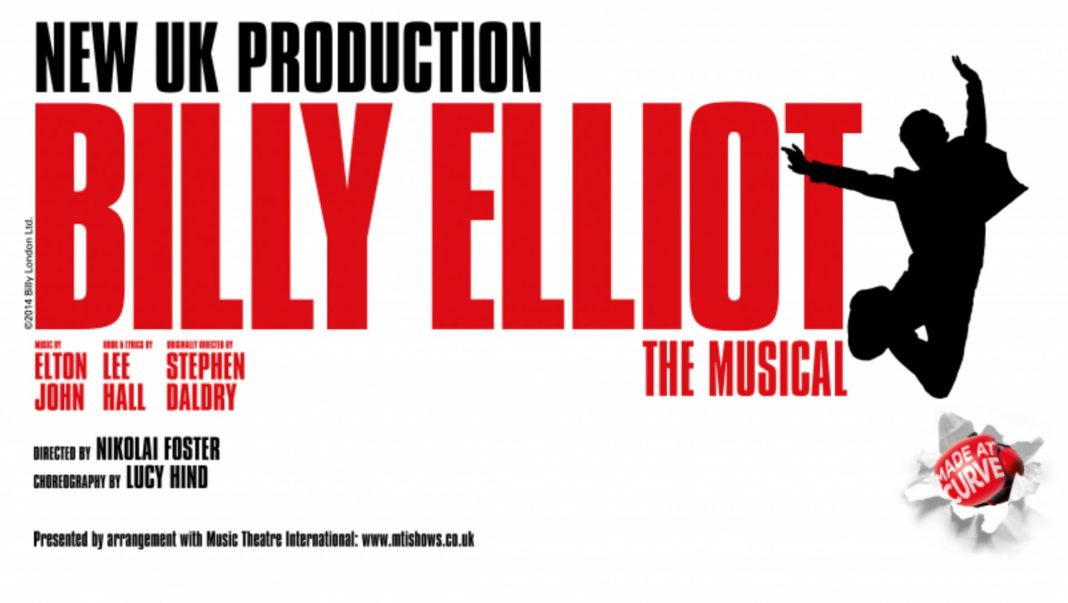 Through the night, under darkness. Will come a day, when we will fly.

For the first time in the UK, the award-winning, world-renowned Billy Elliot the Musical gets a new look in this Made at Curve production, directed by Nikolai Foster and choreographed by Lucy Hind.

The Made at Curve production will be directed by the theatre’s Artistic Director Nikolai Foster and is set to run exclusively at Curve for six weeks only, 7 July to 14 August 2022. The musical will be choreographed by Lucy Hind (Girl From the North Country, The Last Ship) with full casting to be announced in due course.

Based on Stephen Daldry’s BAFTA-winning 2000 film starring Jamie Bell and Julie Walters, Billy Elliot the Musical features music from Elton John and book and lyrics by Lee Hall. The musical first premiered at London’s Victoria Palace Theatre in 2005 and went on to win a host of international awards, including four Laurence Olivier Awards and ten Tony Awards.

Children’s casting will be managed by Jo Hawes CDG, the leading children’s casting director in the UK. Auditions for the title role and young people will begin soon and those interested in finding out more are encouraged to contact Jo Hawes by emailing [email protected]. All information will also be available on johawes.com.

The musical’s set and costumes will be designed by Colin Richmond, with lighting from Curve Associate Ben Cracknell.

“We are beyond excited to share Lee Hall and Elton John’s astonishing musical Billy Elliot with Curve audiences, ensuring summer 2022 in Leicester is truly memorable.

“Billy Elliot is a musical filled with incredible characters, epic ideas and at its heart, the story of a young boy who has the passion and courage to dance down a different path from the one prescribed for him. We are indebted to the incredible creatives who made Billy such a hit and hugely grateful they have trusted us to create the first brand new UK production for our audiences in Leicester. Collaborating with a terrific production team and an incredible cast of the most exciting young performers, we are proud to present this mighty musical which recognises the value of culture in our society, the importance of expressing your truest self and gives a voice to the courageous working class communities who are depicted in Lee Hall’s astonishing play. All beautifully framed by Elton John’s electrifying score.”

It’s the mid 80s. Thatcher is at her most powerful. Men mine and boys box. Until, in a small town in County Durham, a young boy falls in love with ballet.

Set amidst the increasingly bitter 1984/85 miners’ strike, Billy Elliot the Musical is a tale of determination, acceptance and daring to be different. In a close-knit community where family and tradition means everything, can Billy forge a new destiny and follow his passion?

Based on Stephen Daldry’s acclaimed 2000 film, with music by Elton John and book and lyrics by Lee Hall, this electrifying musical features incredible songs such as Solidarity, The Letter, He Could Be a Star and the show-stopping Electricity.

Tickets for Billy Elliot the Musical at Curve will go on sale to Curve Friends from Thursday 30 September, Supporters from Friday 1 October, Members, Groups and Access Register Customers from Monday 4 October and on general sale from Monday 11 October, all at 12 noon. Tickets can be purchased on Curve’s website or by calling Curve’s Box Office on 0116 242 3595.