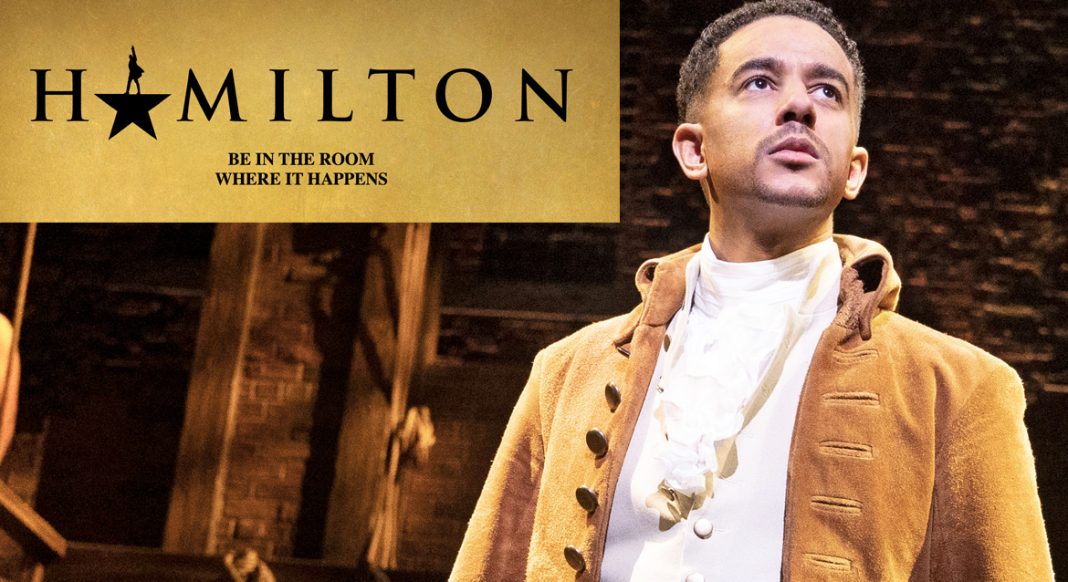 Jeffrey Seller and Cameron Mackintosh, producers of the West End production of Lin-Manuel Miranda’s HAMILTON, are delighted to announce new casting for the show who will have their first performance at the Victoria Palace Theatre on 21 June 2022 where tickets are currently on sale to 1 October 2022.

Reuben Joseph trained at Glasgow Clyde College and graduated in 2018. His theatre credits include The Tragedy of Macbeth for the Almeida Theatre; Orphans, Rapunzel, The Cheviot, The Stag and the Black, Black Oil and Midsummer all for the National Theatre of Scotland; Sinbad for Perth Theatre; How Not to Drown for ThickSkin Theatre Company; Anything That Gives Off Light for The TEAM and A Christmas Carol for the Citizens Theatre. His television credits include Vigil, Traces and Crime.

Simon-Anthony Rhoden’s theatre credits include: The Color Purple for Birmingham Hippodrome and Leicester Curve, Kinky Boots at the Adelphi Theatre for which he won the Broadway World UK Award for Best Long-Running West End Show Performer, If I Should Stay for Soho Theatre and Parade at the Edinburgh Fringe. His screen credits include a bold and beautiful new digital streamed version of the WhatsOnStage Award-winning production of ColorPurple, Temple for Sky TV, Feel Good for Channel 4 & Netflix, Let It Snow for Sky TV and Blue a short film.

Allyson Ava-Brown previously played Fantine in Les Misérables at the Queens Theatre. Her other theatre credits include A Midsummer Night’s Dream at The Lyric Hammersmith; Etienne Sisters, Crowning Glory and Dangerous Lady all at Theatre Royal Stratford East; The Quiet House at The Park Theatre; Simply Heavenly at Trafalgar Studios and Julius Caesar, Antony and Cleopatra and The Tempest all for the Royal Shakespeare Company.

Shan Ako trained at the Brit School and her theatre credits include Éponine in the All Star Staged Concert of Les Misérables before going on to recreate the role in the full production of Les Misérables at the Sondheim Theatre for which she won Best Performer in a Musical at The Stage Debut Awards.  Her other performance credits include the London Jazz Festival at the Barbican, touring the UK and Europe playing the lead role in Whitney Queen of the Night, and being seen on the live finals of X Factor and the subsequent 2019 X Factor National Arena Tour.  Her television credits include Reasons to Be Cheerful with Matt Lucas and she was also the recipient of the Project Aloft Star for emerging artists.

Trevor Dion Nicholas originated the role of Genie in the West End production of Disney’s Aladdin at the Prince Edward Theatre for which he won the WhatsOnStage Award for Best Supporting Actor in a Musical. He also played the role at the New Amsterdam Theatre on Broadway and the U.S Tour. His other theatre credits include George Washington in the West End production of Hamilton, Preacher in Bonnie & Clyde (Theatre Royal Drury Lane), Big River (US Tour), The Wiz, The 25th Annual Putnam County Spelling Bee, Ragtime, The Little Mermaid, The Wizard of Oz, Into the Woods, Little Shop of Horrors, Rent, The Exonerated and This is the Life, all for the ETA Hoffmann Theatre, Germany. On TV his credits include panellist/judge on All Star Musicals (ITV), Lester in Moley (Boomerang) and The Show Must Go On (Sky Arts).

Waylon Jacobs’s previous theatre credits include Treason for the Cadogan Hall; The Last Five Years for the Minack Theatre; Peter Pan for the Barn Theatre; YANK! at the Charing Cross Theatre; Chicago at the Phoenix Theatre; Memphis at the Shaftesbury Theatre; We Will Rock You at the Dominion Theatre and on tour; Rent at the Tabard Theatre; Ragtime and A Midsummer Night’s Dream at Regent’s Park Open Air Theatre; Children of Eden at the Prince of Wales Theatre and The Lion King at the Lyceum Theatre.

Emile Ruddock’s previous theatre credits include Me and My Girl at the Chichester Festival Theatre; Five Guys Named Moe at the Marble Arch Theatre; Crazy for You at the Watermill Theatre; Kiss Me Kate on UK Tour and The Scottsboro Boys at the Young Vic and at the Garrick Theatre.

Jake Halsey-Jones is currently cover Alexander Hamilton and cover John Laurens/Philip Hamilton in Hamilton at the Victoria Palace Theatre. His previous credits include Lady Chatterley’s Lover at the Shaftesbury Theatre; Spring Awakening and West Side Story at the Frogmore Papermill and West Side Story for the BBC Proms 2018, Royal Albert Hall.  His recording credits include the musical 42 Balloons for Perfect Pitch and stream.theatre and the indie-rock musical For Tonight UK Concept Album. His concert credits include Soft Sessions 2020, The Industry Minds Awards 2019 and Live at the Zedel at the Brasserie Zedel.

Roshani Abbey trained at the Royal Academy of Music and her professional theatre credits include & Juliet at the Shaftesbury Theatre; the original Cast of Rumi: The Musical at the London Coliseum and Concept Album and Gypsy for the Royal Exchange Theatre.

Joel Montague’s theatre credits include Amos Hart in Chicago on tour in the UK and internationally; Ogie in Waitress at the Adelphi Theatre; Mendel in Falsettos at The Other Palace; Nicely-Nicely Johnson in Guys and Dolls at the Théâtre Marigny, Paris; Kiss Me Kate for Sheffield Crucible; Kevin in Fat Friends on UK Tour; alternate Dewey Finn in The School of Rock at the New London Theatre; Eddie in Funny Girl at the Savoy Theatre/Menier Chocolate Factory; Urinetown at the Apollo Theatre/St James Theatre; The Rocky Horror Picture Show, The Producers and Sister Act all on UK Tour and Billy Elliot at the Victoria Palace Theatre. His screen credits include Kay Mellor’s Girlfriends.

Alex Sawyer’s theatre credits include Rosencrantz and Guildenstern are Dead for the Old Vic, Girl from the North Country at the Noël Coward Theatre, Pride and Prejudice for Nottingham Playhouse, ROOM for Theatre Royal Stratford East and Alice in Wonderland for Bolton Octagon.  His television credits include Get Shorty, The End of the F**king World, Harlots, House of Anubis, Father Brown, Eve and The White Princess.  In 2021 he released his debut solo EP The Illusion of Perfect as a singer/songwriter and rapper.

HAMILTON has book, music and lyrics by Lin-Manuel Miranda, is directed by Thomas Kail, with choreography by Andy Blankenbuehler, musical supervision and orchestrations by Alex Lacamoire and is based on Ron Chernow’s biography of Alexander Hamilton. HAMILTON features scenic design by David Korins, costume design by Paul Tazewell, lighting design by Howell Binkley, sound design by Nevin Steinberg and hair and wig design by Charles G. LaPointe.

The Olivier, Tony and Grammy award-winning production opened at the newly re-built and restored Victoria Palace Theatre in London in December 2017 and continued to play there until the start of lockdown in March 2020. The production resumed performances in August 2021. 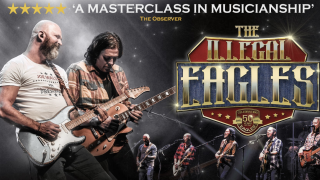 The Illegal Eagles return with a brand new production