Home Louise Redknapp to return to the cast of Grease. 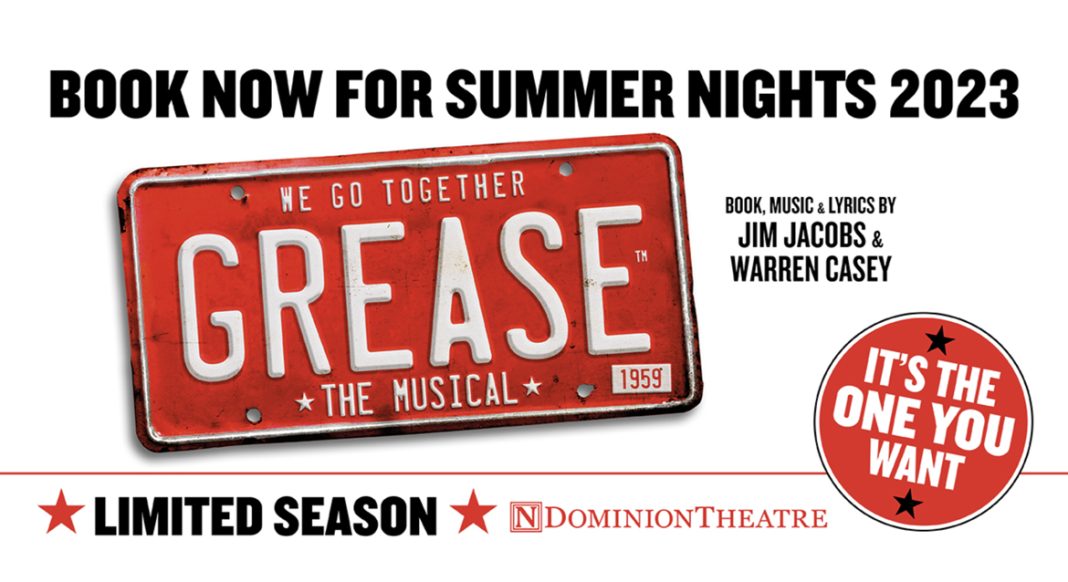 with Louise Rednapp as Teen Angel

Have a blast next summer as Grease the Musical returns to the West End for another strictly limited season in 2023! Having wowed audiences in 2022, the gritty, electrifying and ‘most dazzling version’ (Smooth) of the world’s best-loved musical plays at the Dominion Theatre from 2 June until 28 October only.

After a whirlwind summer romance, leather-clad greaser Danny and girl-next-door Sandy are unexpectedly reunited when she transfers to Rydell High for senior year. But can they survive the trials and tribulations of teenage life and find true love once more?

Bursting with hits including Summer Nights, Greased Lightnin’, Hopelessly Devoted to You and You’re the One That I Want, Grease the Musical is directed by the Leicester Curve’s Artistic Director Nikolai Foster, and choreographed by the legendary Arlene Phillips.

‘It’s got style, it’s got meaning’ (Time Out) and it’s the ultimate ‘teen-jiving spectacle’ (The Times).

Louise Redknapp (9 to 5, Cabaret) will play the role of Teen Angel from 2 June and will appear through to 29 July.  Dan Partridge returns as Danny, Olivia Moore as Sandy and Jocasta Almgill as Rizzo.

Redknapp said today: “As the biggest fan of Grease growing up I was thrilled to be asked to join the cast in the role of Teen Angel.

“Traditionally seen as a male role, I’m excited to be given the opportunity to shake it up and play it from a new perspective under the direction of Nikolai Foster.”

The show is directed by Leicester Curve’s Nikolai Foster and choreographed by Dame Arlene Phillips, with further casting to be announced – including the performer playing Teen Angel for the remainder of the run.