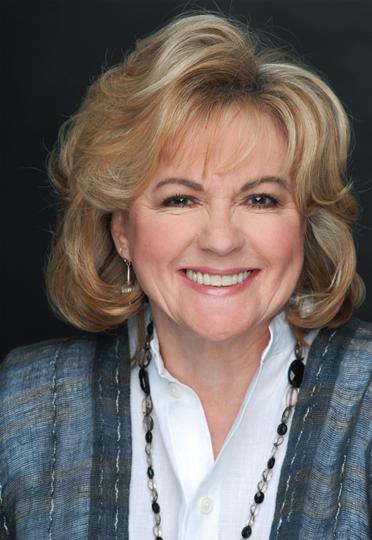 Living life at full-throttle in her eighties and starring in a spine-tingling new play, BAFTA nominated actress
Gwen Taylor talks about thrillers, theatre and her prerequisites: a comfy bed with an en-suite.

Gwen Taylor is a bit marvellous. One of our best-loved actresses, not only does her biog span several pages
and include TV work on favourite shows such as Coronation Street, Heartbeat, A Bit of A Do and Duty Free,
but she also has film appearances including The Lady in the Van and Monty Python’s Life of Brian to her
credit. Oh, and let’s not forget her numerous roles on stage and the fact that she has won several awards for
her work.

But almost as remarkable as her career itself is the fact that at the age of 80 she is still living life at a lively
pace, embracing a weekly touring schedule that would daunt younger actors.
“I am thriving on it. I love to work and I love a challenge,” she says, a beaming smile confirming her genuine
passion for schlepping up and down the country to perform.
“Although,” she amends, “my husband comes with me and we do stay in hotels these days. I did ‘digs’ for
years, but now I like an en-suite and a comfy bed.”
The challenge in question is a new play by Ali Miles, The Croft. Described by director Philip Franks as ‘a
thriller with romance and secrets at its heart,’ The Croft is based on a true story. Set in the remote Scottish
Highlands village of Coillie Ghille, the lives of three women from different eras are intertwined by the croft’s
dark history. In the 1880’s, Enid, the last person left in the village takes in the Laird’s pregnant daughter,
Eilene. In 2005, Ruth occupies the croft, which she and her husband Tom bought as a holiday home and
where Ruth has her affair with local man. In the present day, Ruth’s daughter Laura returns with her friend
Suzanne after her mother’s death and together they discover the terrifying truth that lurks within the croft.
“It is so exciting,” Gwen enthuses. “I just think of this as real trail blazing – my character blazes a trail for the
two ladies that appear later in the play. Her courage is amazing. She is resilient and a survivor; a really
strong female character. That really appealed to me when I first read the play.”
Interestingly, she read The Croft when she was performing in another thriller; the well-loved spine-tingler The
Lady Vanishes.
“So my head was in a bit of a mind split – two brilliant thrillers playing two strong women!
“People love a good thriller, be it a book, a film or a play, but I think a stage production is different because of
the involvement an audience feels and those moments when people jump as one. It is a mix of anticipation,
live performance and fantastic storytelling – and this is a great story. You’ll be trying to guess what might
happen but the action may not go the way you think it will,” she teases.
“The other thing about a thriller is that you have to work out if you believe in all the characters or if you think
they are telling lies. People like the intrigue.”
Having worked for the production company previously, Gwen has plenty of praise for The Original Theatre
Company.
“I have worked for Original a couple of times and they have their hearts and minds in the right place. They
are really building a reputation for great quality productions and it is lovely to have been in at the start of
that.”
As for the tour itself, and even though she has performed at almost every theatre in the country, Gwen is
looking forward to being on the road again. 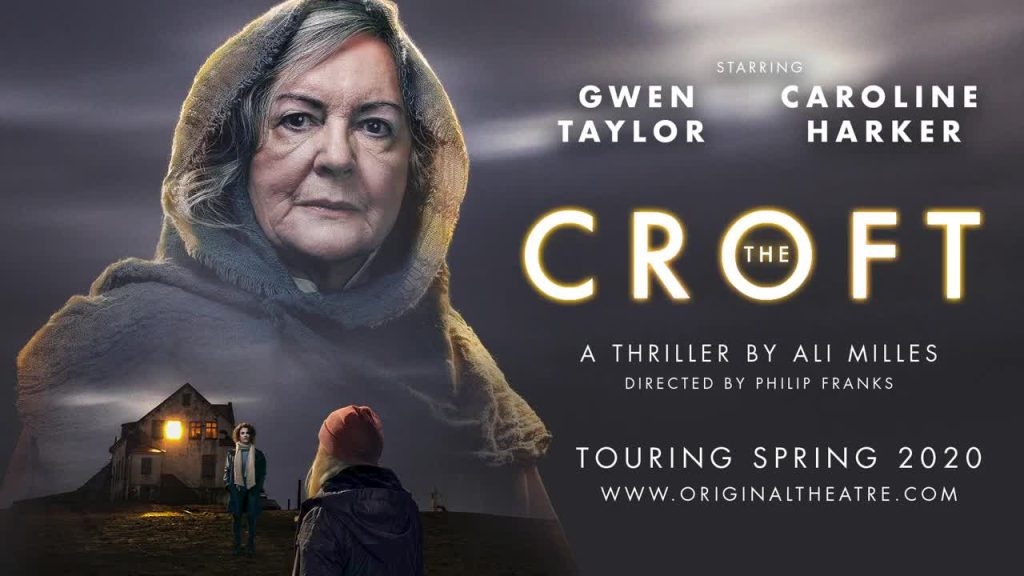 “The tour goes everywhere – what am I going to do in Perth when I have to speak with a Scottish accent?”
she says, throwing her hands up in mock horror.
Somewhere Gwen is especially looking forward to returning to is Darlington.
“I was there on the last tour I did and the theatre is lovely. It is such an interesting town and it is a very
friendly place. I am looking forward to going back and exploring a bit more.”
A play that asks if the present heals the past, Gwen declines to provide any specific spoilers but describes
the outcome as ‘very satisfying’.
“My character’s trailblazing pays off against all the odds, but The Croft is the link to it all.
“I have a great belief in bricks and mortar inhaling and keeping emotional happenings in the stone. I think
that explains sometimes the feeling you get when you walk in somewhere. Buildings big and small take in
trauma and love. When we first walked into our house in London I said to my husband that I felt that the
house had been some sort of harbour for people. Later we found some letters that explained that the owners
had taken in Jewish people during the war. Harbour was the word I used and that is what it was; a harbour.”
A thrilling story and first class performances led by one of our most accomplished actresses? I’d say that’s a
combination that has ‘must see’ written all over it.
The Croft runs at Darlington Hippodrome from Tuesday 11 to Saturday 15 February, 2020.
For more information or to book call 01325 405405 or visit www.darlingtonhippodrome.co.uk