Home From The Queen Vic to the Queen of Narnia Samantha Womack to... 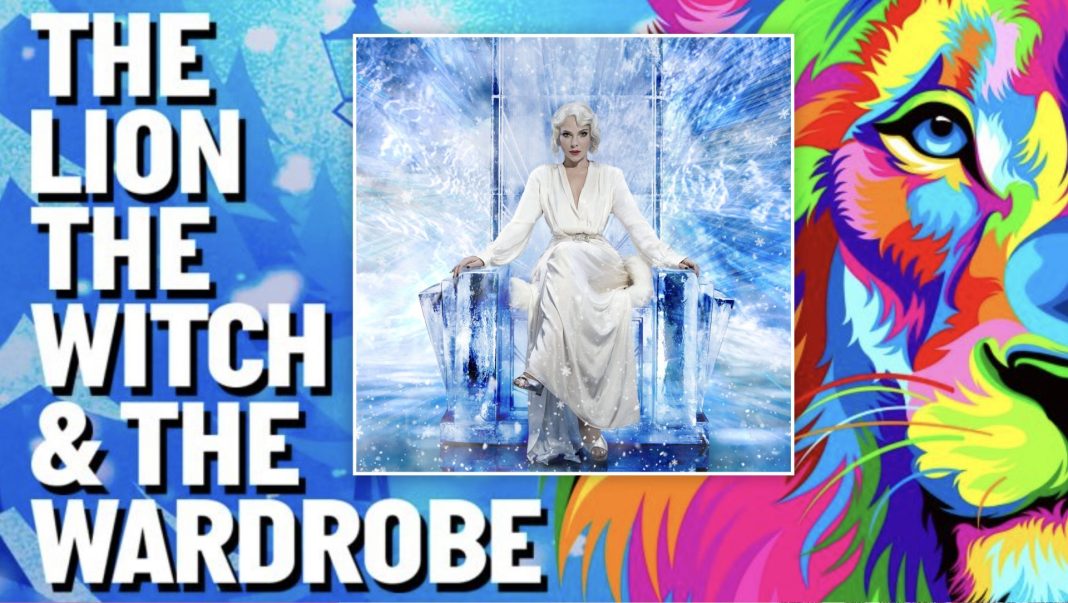 Final casting was announced today for the smash-hit Leeds Playhouse production of C.S. Lewis’ classic The Lion, the Witch and the Wardrobe which begins a major tour of the UK and Ireland in November 2021. TV and theatre star Samantha Womack completes the cast to play Narnia’s evil White Witch.

‘Having been a huge fan of C S Lewis’ The Lion, the Witch and the Wardrobe for as long as I can remember,  I am thrilled to be playing the The White Witch. The book has always been a magical read and having watched incredible actors interpret this role in the past, I am excited to see what she holds for me. This production is so beautifully conceived with thrilling sets and costumes and an amazingly talented cast and creative team. I can’t wait to seduce, plot and terrify Narnia into a permanent winter.’

Samantha Womack returns to the theatre after her recent success playing the lead role in the sold-out production of The Girl on the Train in the West End and on tour.  Sam’s past theatre roles include the Tony award-winning production of South Pacific in which she starred alongside Patrick Swayze, Guys and Dolls at London’s Piccadilly Theatre (directed by Michael Grandage) and playing Emma in an award-winning production of Harold Pinter’s Betrayal (directed by Sir Peter Hall). Her varied work on television has seen Samantha moving from comedy to drama with the cult success of BBC’s Game On and Babes in the Wood  to ITV’s gritty crime drama Liverpool 1, Imogen’s Face and Ronnie Mitchell in EastEnders.  Films include playing the unhinged mother of Eggsy in the The Kingsman franchise sharing the screen with Colin Firth and Samuel L Jackson and playing Hazel in Jon Godbers  Up ‘n Under.

The Lion the Witch and the Wardrobe begins its tour at Curve, Leicester on Tuesday 2 November 2021, travelling on to Aylesbury, Southampton, Sunderland, Salford, Cardiff, Aberdeen, Nottingham, Edinburgh, Canterbury, Plymouth, Glasgow, Birmingham, Dublin, Woking and finally completing the tour in Norwich on 9 April 2022.

The show broke box office records at Leeds Playhouse in 2017 and played to packed houses and critical acclaim at the Bridge Theatre in London in 2019.

Step through the wardrobe into the enchanted kingdom of Narnia. Join Lucy, Edmund, Susan and Peter as they wave goodbye to wartime Britain and embark on the most magical of adventures in a frozen, faraway land where they meet a faun, talking beavers, Aslan (the noble king of Narnia) and the coldest, most evil White Witch.

This critically acclaimed production is “A theatrical miracle” (The Times).

The tour will be directed by Michael Fentiman, based on the original production by Sally Cookson with original Set and Costume design by Rae Smith.  Michael’s previous productions include the Olivier Award-nominated Amélie (Watermill Theatre/The Other Palace/UK Tour and currently running in the West End), The Windsors: Endgame (also running in the West End), The Importance of Being Earnest (Vaudeville Theatre), the 50th anniversary production of Joe Orton’s Loot (Park Theatre/Watermill Theatre), Titus Andronicus and Ahasverus (Royal Shakespeare Company), The Taming of the Shrew (Sherman Theatre/Tron Theatre) and, as director and writer, CinderELLA (Nuffield Southampton) and The Last Days of Anne Boleyn (Tower of London).

The Lion, the Witch and the Wardrobe is produced on tour by Elliott & Harper Productions and Catherine Schreiber and based on the original Leeds Playhouse production.

‘We are so proud of the cast and creative team that we have assembled for our forthcoming tour of The Lion, the Witch and the Wardrobe, and are delighted to welcome incredibly talented Samantha Womack as the White Witch.’

★★★★
THE TELEGRAPH
‘An absolutely spellbinding return to Narnia’

The Pevensie Children, by Ellie Kurttz