Home First look rehearsal video and images for Sunset Boulevard at the Royal... 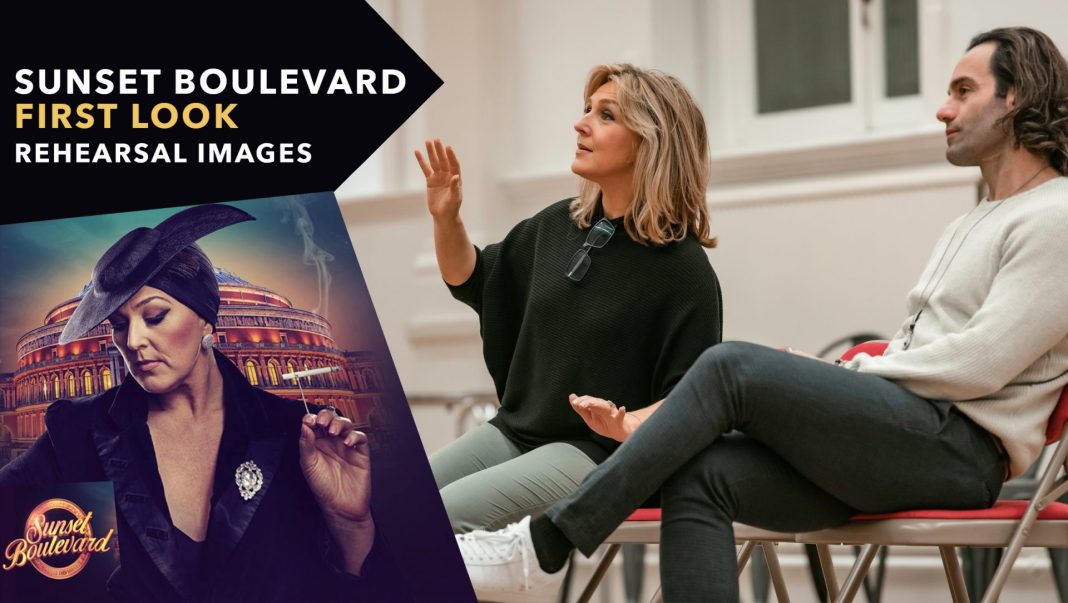 Sunset Boulevard comes to the
Royal Albert Hall for one night only
Friday 3rd December 2021, 7.30pm

Based on Billy Wilder’s legendary 1950 film starring Gloria Swanson, Sunset Boulevard is heading  to the Royal Albert Hall following a critically acclaimed performance at Alexandra Palace earlier  this year. The 19-strong cast will be accompanied by a 40-piece orchestra on the evening,  conducted by Alex Parker. Sunset Boulevard is directed by Jordan Murphy, with music by  Andrew Lloyd Webber, lyrics by Christopher Hampton and Don Black, orchestrations by David  Cullen and Andrew Lloyd Webber, choreography by Joanna Goodwin and sound design by Paul  Smith.

Named after the famous Hollywood street, Sunset Boulevard follows silent film star Nora  Desmond as she dreams of a triumphant return to the silver screen, and struggling screenwriter  Joe Gillis who is drawn into her sinister fantasy world.

Conductor Alex Parker comments, “Following our one-off performance at Alexandra Palace  earlier this year, our concert production of Sunset Boulevard is now back bigger and better than  ever, taking over the Royal Albert Hall. This timeless classic delights audiences with well-known  incredible numbers including As If We Never Said Goodbye, With One Look and The Perfect Year.”

By arrangement with The Really Useful Group Limited, Andrew Lloyd Webber, Don Black and  Christopher Hampton’s iconic musical Sunset Boulevard comes to the Royal Albert Hall in  concert for one night only. This concert production, presented by The Alpha Family in  association with Quick Fantastic, is back after an acclaimed performance at Alexandra Palace  earlier this year. It reunites stars Mazz Murray, Ramin Karimloo, Zizi Strallen and Jeremy  Secomb, and will be accompanied by a 40-piece orchestra conducted by Alex Parker. The  musical is based on Billy Wilder’s legendary 1950 film, which starred Gloria Swanson. Music by  Andrew Lloyd Webber, lyrics by Christopher Hampton and Don Black. Orchestrations by David  Cullen and Andrew Lloyd Webber. The producers gratefully acknowledge the role of Amy  Powers in the lyric development of Sunset Boulevard.

With over 30 years’ experience The Alpha Family enhances your business and your lifestyle.  Alpha Solutions is a UK-based Business Services Group providing cost-effective solutions and  incorporating over 20 specialist and independent companies, all experienced in enhancing your  business and lifestyle. Alpha Club, the beating heart of the family, is a Private Members’ Club  for ambitious professionals and owner-managed businesses offering access to luxury, money can’t-buy experiences and bespoke concierge services. All working together to provide quality  products and solutions with integrity at its heart, whilst following the mantra “serious business  can be fun.