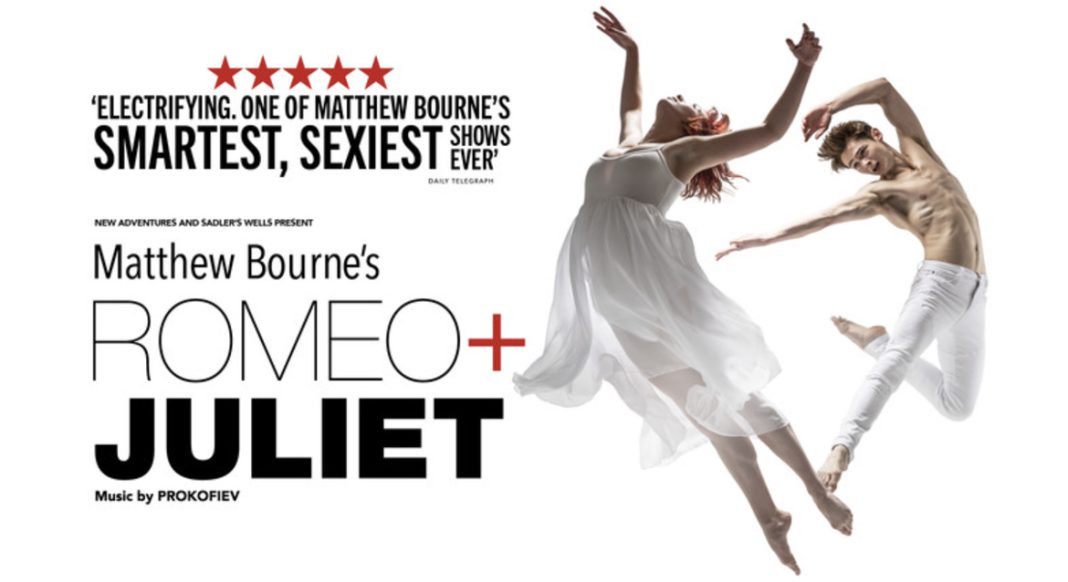 This is the first co-production between New Adventures and Sadler’s Wells,
the next step in a relationship that spans nearly 30 years.

The tour will open at Curve, Leicester, before visiting The Lowry, Salford, Wycombe Swan, High Wycombe and New Theatre, Hull, ahead of a five-week summer season at Sadler’s Wells, London.

Tickets for all venues will be going on sale shortly, so check our website and social media for signposting about how to book, as well as further tour dates as they are announced.

Tickets are currently available for

Matthew Bourne’s Romeo and Juliet gives Shakespeare’s timeless story of forbidden love a scintillating injection of raw passion and youthful vitality. Confined against their will by a society that seeks to divide, our two young lovers must follow their hearts as they risk everything to be together. A masterful re-telling of an ageless tale of teenage discovery and the madness of first love.

Romeo and Juliet garnered universal critical acclaim when it premiered in 2019, and now joins the New Adventures repertoire alongside the very best of Bourne’s world renowned dance theatre productions.

‘I had resisted creating a new production of Romeo and Juliet for many years wondering if there was anything new to say in a much-performed work. In 2019 I found that inspiration in a countrywide young talent development project that surrounded the original production. Working alongside my usual world class creative team but with a team of young artistic associates and a young cast of super talented emerging dance artists, we created something relevant, questioning and deeply moving…. But also, an unexpected hit show! I’m therefore thrilled to announce its long-awaited return as part of the celebrated New Adventures repertoire to entertain and provoke audiences with its powerful and timely tale of young love.’

‘I am thrilled that we are co-producing Romeo and Juliet with New Adventures. We have a longstanding relationship with Matthew Bourne, whose work has delighted Sadler’s Wells audiences for many years, and it will be wonderful to welcome his imaginative and visceral retelling of Shakespeare’s famous tragedy back after its premiere in 2019.’