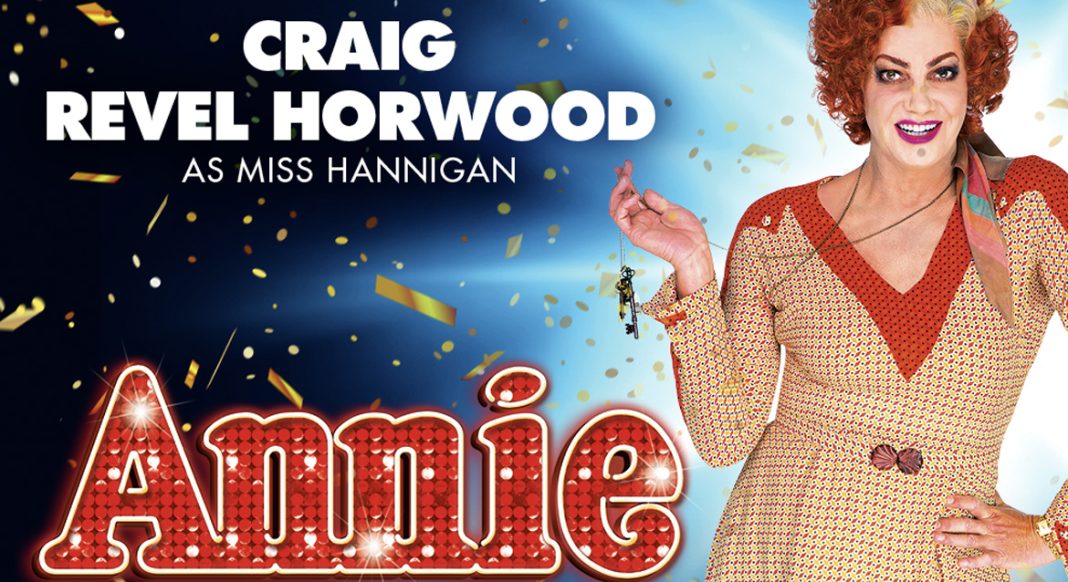 Strictly Come Dancing judge Craig Revel Horwood will star in the smash-hit production of Annie when it comes to Aberdeen’s His Majesty’s Theatre from May 23-27, 2023.

Aberdeen Performing Arts Director of Programming and Creative Projects, Ben Torrie said:
“Craig Revel Horwood will bring his trademark cutting wit, humour and talent to the iconic role of Miss Hannigan. It is fab-u-lous casting for a fantastic and much-loved show, and it gets a 10 from us!”
Craig Revel Horwood is probably best known as a judge on all 20 series of BBC1’s Strictly Come Dancing. He returns to the part of Miss Hannigan having played the role to critical
acclaim in this production in both the West End and on tour. His other West End Theatre
credits include Munkustrap in Cats, Miss Saigon at the Theatre Royal, Drury Lane and Harry in Crazy for You at the Prince Edward Theatre.

Craig directed and choreographed Strictly Ballroom The Musical which is currently touring the UK and Ireland, and the 2016/17 tour of Sister Act The Musical as well as the Strictly Come Dancing Live tour. He also choreographed the film Paddington 2. Set in 1930s New York during The Great Depression, brave young Annie is forced to live a life of misery at Miss Hannigan’s orphanage. Her luck soon changes when she’s chosen to spend a fairytale Christmas with famous billionaire, Oliver Warbucks. Meanwhile, spiteful Miss Hannigan has other ideas and hatches a plan to spoil Annie’s search for her true family.
Direct from the West End and boasting a Tony® award-winning book and score, Annie
includes the unforgettable songs It’s The Hard-Knock Life,Easy Street, I Don’t Need Anything But You and Tomorrow.

Tickets are on sale now and are available from www.aberdeenperformingarts.com

Frank Farmer is a former Secret Service agent turned bodyguard, when he is hired to...
- Advertisement -