Home Casting announced for John Gabriel Borkman in a new version of IBSEN’S... 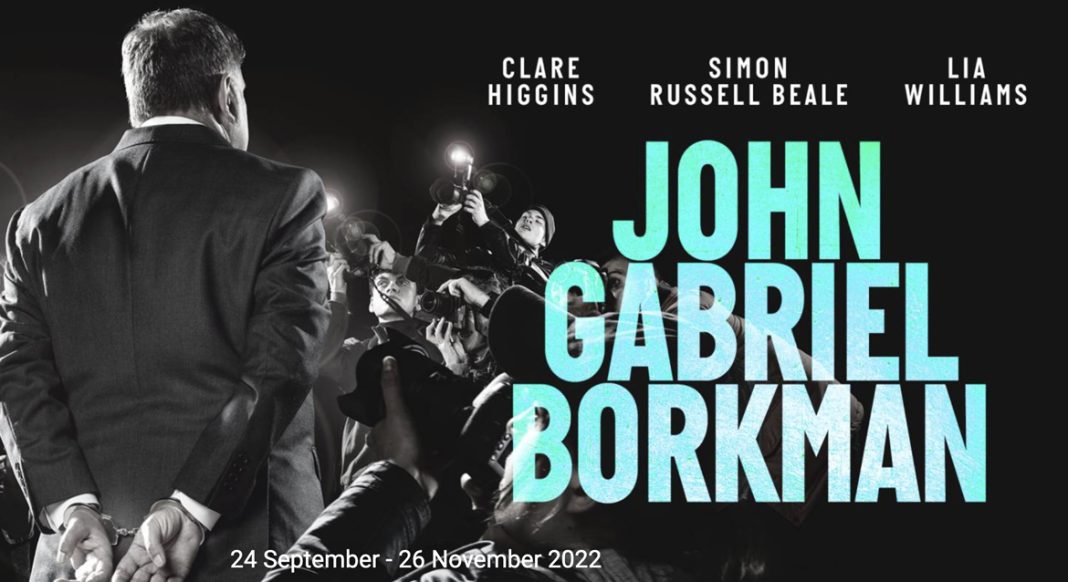 A new version by Lucinda Coxon | Directed by Nicholas Hytner

John Gabriel Borkman, once an illustrious entrepreneur, has been brought low by a prison sentence for fraud. As he paces alone in an upstairs room, bankrupt and disgraced, he is obsessed by dreams of his comeback. Downstairs, his estranged wife plots the restoration of the family name. When her sister arrives unannounced, she triggers a desperate showdown with the past.

Ibsen’s most contemporary play, in a new version by Lucinda Coxon, is gripping, penetrating and savagely funny.

Joining Simon Russell Beale in the title role, Clare Higgins as Gunhild Borkman and Lia Williams as Ella Rentheim, are Sebastian De Souza as Erhart Borkman, Daisy Ou as Frida Foldal, Laila Rouass as Fanny Wilton and Michael Simkins as Wilhelm Foldal who complete the cast for Henrik Ibsen’s John Gabriel Borkman, in a new version by Lucinda Coxon at the Bridge Theatre.

Directed by Nicholas Hytner with set designs by Anna Fleischle, costume designs by Liam Bunster, lighting by James Farncombe and sound by Gareth Fry, John Gabriel Borkman will have its first performance at the Bridge Theatre on 24 September 2022, with opening night on 29 September 2022 and the final performance on 26 November 2022.

John Gabriel Borkman, once an illustrious entrepreneur, has been brought low by a prison sentence for fraud. As he paces alone in an upstairs room, bankrupt and disgraced, he is obsessed by dreams of his comeback. Downstairs, his estranged wife plots the restoration of the family name. When her sister arrives unannounced, she triggers a desperate showdown with the past. Ibsen’s most contemporary play, in a new version by Lucinda Coxon, is gripping, penetrating and savagely funny.

Simon Russell Beale (John Gabriel Borkman) was last at The Bridge in Bach & Sons and A Christmas Carol, both also directed by Nicholas Hytner. His previous theatre credits include The Lehman Trilogy at the National Theatre, in the West End and on Broadway, for which he won the Tony award for Leading Actor in a Play. His other collaborations with Hytner include The Alchemist, Much Ado About Nothing, Major Barbara, Collaborators, London Assurance and Timon of Athens, all at the National Theatre. As well as being the recipient of multiple theatre awards, in 2003 he was made a CBE for his services to the Arts and in 2019 he was made a Knight Bachelor.

Sebastian De Souza (Erhart Borkman) is best known for his work on screen. On television, his credits include the leading role of Leo in The Great, the BBC/Hulu’s EMMY-nominated Normal People, Netflix’s Medici: Masters of Florence, The Borgias, Recovery Road and the multiple BAFTA award-winning Skins, as Matty Levan. His feature credits include the upcoming drama Fair Play, opposite Phoebe Dynevor and Alden Ehrenreich, the Toronto International Film Festival selected Lapwing and Netflix’s Ophelia, alongside Daisy Ridley. This will be his Bridge Theatre debut, with previous theatre credits including A Midsummer Night’s Dream, Great Expectations, Good and Henry V, all for The North Wall, Oxford.

Daisy Ou (Frida Foldal) is a pianist who has recently graduated with MMus and BMus (Hons) from The Guildhall School of Music and Drama, where she was the recipient of The Herbert & Theresie Lowit Memorial Scholarship. Daisy has performed extensively throughout Australia, the United States, United Kingdom and Europe. She was the winner of The ZONTA International Young Performer’s Award and has appeared in multiple programmes on radio station Fine Music 102.5. In 2020, she was the Artistic Director of a Christmas Soireé Fundraiser which sought to restart live concerts within the Australian Arts Sector during the pandemic. She is also an avid chamber musician and, in 2023, will be on tour with The Lincoln Center Stage piano quartet onboard The Holland America Liner, in partnership with RWS Entertainment for six months. Daisy is proud to be a Talent Unlimited Artist. This will be her Bridge Theatre debut.

Laila Rouass (Fanny Wilton) is best known on television for playing Amber Gates in Footballers’ Wives and Sahira Shah in Holby City. Her other many television credits include Traces 52, Midsomer Murders, London Kills, Traces, Age Before Beauty, Sadie Jones and Spooks.  Her film credits include Effects of Lying, Freebird and Lucinda. Rouass is making her stage debut in this production.

Michael Simkins (Wilhelm Foldal), also making his Bridge debut, trained at RADA and has since appeared in more than 100 plays, from the National Theatre and the Royal Shakespeare Company to fringe theatre and the West End, as well as in the musicals Chicago and Mamma Mia!. He has made countless TV appearances, most recently in The Crown and This Is Going To Hurt and has appeared in such films as Mike Leigh’s Topsy-Turvy and The Iron Lady.  Also an author, journalist and broadcaster, his books include the Costa-nominated sporting memoir Fatty Batter.

Olivier and Tony nominated Lia Williams’ (Ella Rentheim) theatre credits include The Night of the Iguana at the Noel Coward Theatre, The Prime of Miss Jean Brodie, The Lover and The Collection all for the Donmar Warehouse, Mary Stuart for the Almeida Theatre and Duke of York’s Theatre, Oresteia for the Almeida Theatre Company, Old Times at the Harold Pinter Theatre, Arcadia at the Ethel Barrymore Theatre New York, Skylight for the National Theatre and the Royal Theatre New York, Earthquakes in London, The Hothouse and The Lady from the Sea all for the Arcola Theatre, Absurd Person Singular at the Garrick Theatre, Oleanna for the Royal Court and Duke of York’s Theatre, My Child and King Lear for the Royal Court, Postcards from America and As You Like It for the Royal Shakespeare Company, The Homecoming for the Gate, Dublin, The Comedy Theatre and Lincoln Center, New York, Celebration/The Room for the Almeida Theatre and Lincoln Center, New York and The Revenger’s Comedies at the Strand Theatre. Her television credits include leading roles in Britney, Riviera, The Capture (series 1 and 2), His Dark Materials, The Crown, Kiri, The Missing, Secret State, May 33rd, Russian Bride, A Shot through the Heart, Seaforth and Mr Wroe’s Virgins. Her films include the upcoming Living and Benediction, as well as The Foreigner, Jonathan Toomey, Girl from Rio, The King is Alive, Different for Girls, The Fifth Province, Firelight and Dirty Weekend.

Lucinda Coxon previously collaborated with Nicholas Hytner at The Bridge on the world premiere of Alys, Always. Her other theatre writing credits include Herding Cats, Happy Now, The Eternal Not, Nostalgia, The Shoemaker’s Wife, Vesuvius, Wishbones, Three Graces, The Ice Palace and Waiting at the Water’s Edge. Her screen writing credits include the award-winning The Danish Girl (starring Eddie Redmayne and Alicia Vikander), The Little Stranger (starring Domhnall Gleeson and Ruth Wilson), The Crimson Petal and The White (starring Romola Garai) for the BBC, Wild Target (starring Emily Blunt) and The Heart of Me (starring Paul Bettany and Helena Bonham-Carter).

For the Bridge Theatre Nicholas Hytner has directed Young Marx, Julius Caesar, Allelujah!, Alys, Always, A Midsummer Night’s Dream, Two Ladies, Beat the Devil, The Shrine, Bed Among the Lentils, A Christmas Carol, Bach & Sons and The Book of Dust – La Belle Sauvage. He recently directed Ralph Fiennes in David Hare’s Straight Line Crazy at The Bridge, as well as Alex Jennings in Stephen Beresford’s The Southbury Child at Chichester Festival Theatre and The Bridge. In February 2023 he will direct Guys & Dolls, also at The Bridge. Previously he was Director of the National Theatre from 2003 to 2015.