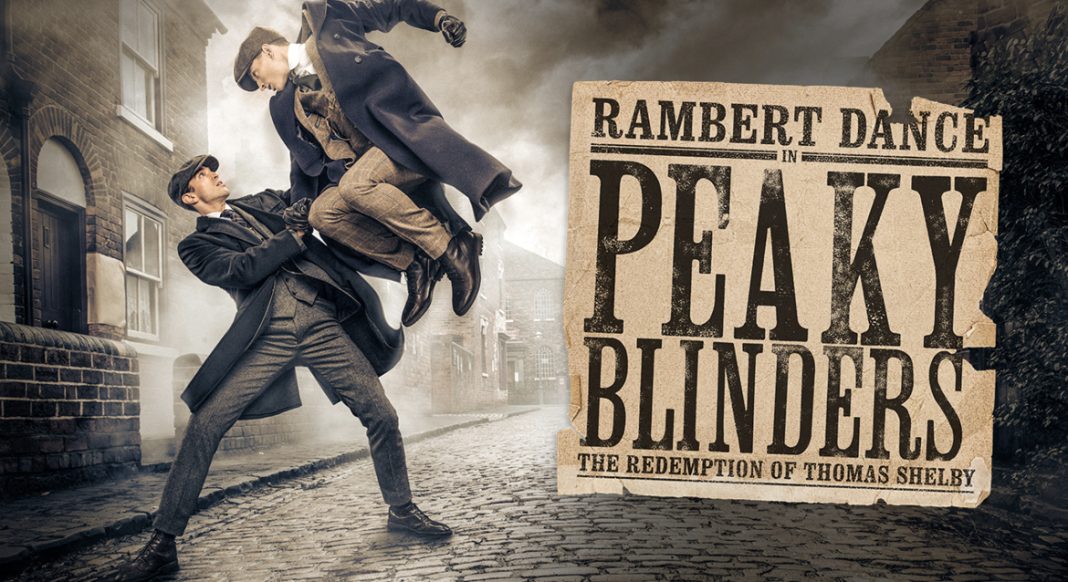 Rambert has announced the cast and creative team for Peaky Blinders: The Redemption of Thomas Shelby, a dance theatre show written and adapted for the stage by Peaky Blinders’ creator Steven Knight and choreographed and directed by Rambert’s Artistic Director Benoit Swan Pouffer, inspired by the TV series produced and owned by Caryn Mandabach Productions. The show will have its world premiere at co-producing partner venue Birmingham Hippodrome on 27 September, followed by a London premiere at Troubadour Wembley Park on 12 October before embarking on a UK tour in 2023.


TICKETS ARE ON SALE FOR ALL VENUES ON ARTSPOD

Guillaume Quéau and Prince Lyons will alternate the role of Thomas Shelby, with Naya Lovell and Seren Williams alternating the role of Grace, and the production will feature the permanent Rambert dance company on stage. Birmingham-born writer and poet Benjamin Zephaniah who played street preacher Jeremiah Jesu in the TV series, will provide pre-recorded narration for the production.

On his role as the narrator Benjamin Zephaniah said “I remember growing up in Birmingham and hearing about the Peaky Blinders, and I remember hearing about the great Rambert. I could never have imagined me, Peaky Blinders, and Rambert coming together. This gig was made for me. Rambert is taking the Peaky Blinders to another level. When these two come together audiences will witness one of the most imaginative collaborations of all time. I’m so proud to be a part of this. We are making dance history, and we’re still keeping it gangster.”

Peaky Blinders: The Redemption of Thomas Shelby will feature live musicians led by Musical Director Yaron Engler and a score written by Roman GianArthur and Nate Wonder as well as a new track by Laura Mvula. GianArthur and Wonder worked with music consultant D.J. Walde to create the soundtrack for the production which will feature iconic songs from the television series.


Simon Sinek, Executive Producer of the show, said “There are many great dancers, but there are very few great dance companies. Rambert is a great dance company. It is their ability to face new challenges head-on that inspires me so much. And Peaky Blinders: The Redemption of Thomas Shelby is the latest challenge that pushes the company and the boundaries of the medium. It is an honor to support them on their journey.”

Through dance theatre Peaky Blinders: The Redemption of Thomas Shelby picks up the story of the Peaky Blinders at the end of World War One, following Tommy Shelby and Grace Burgess through their passionate love affair.  While Tommy is building his empire, Grace is operating as an undercover agent for Special Branch on a mission to get close to the heart of Tommy’s gang.   As the story unfolds, many hearts are broken.

Tommy and the Peaky Blinders fought together at Flanders and the show opens in the trenches. Bound by this experience, a very personal story unfolds as the Shelby family navigate the decisions that determine their fate and Tommy is intoxicated by the mysterious Grace.

Peaky Blinders: The Redemption of Thomas Shelby will perform at Birmingham Hippodrome on 27 September, running until 2 October, followed by a London Premiere at Troubadour Wembley Park Theatre between 12 October – 6 November before embarking on a UK tour in 2023.

TICKETS ARE ON SALE FOR ALL VENUES ON ARTSPOD

STEVEN KNIGHT CBE
Steven Knight CBE is the creator, writer and Executive Producer of the multi-award-winning BBC drama Peaky Blinders starring Cillian Murphy, Helen McCrory, and Paul Anderson. He has written extensively for TV, where his other credits include Taboo, A Christmas Carol and the upcoming SAS Rogue Heroes and Great Expectations for the BBC.  He also created and wrote Season 1 of SEE for Apple TV+. and Great Expectations, which he is currently adapting, also for BBC. On film Knight’s screenplays include Spencer (2021), Locked Down (2021), co-wrote The Girl in The Spiders Web (2018), The November Criminals (2017), Allied (2016), Burnt (2015), Seventh Son (2015), Pawn Sacrifice (2014), The Hundred-Foot Journey (2014), Eastern Promises (2007) Amazing Grace (2007), and his first screenplay Dirty Pretty Things (2002) for which he won the Edgar Award for Best Motion Picture Screenplay, the London Film Critics Circle award for British Screenwriter of the Year, and received an Oscar nomination for Best Original Screenplay. Knight has also directed and written three films, Hummingbird (2013), Locke (2013) and most recently Serenity (2019), in addition he has had four novels published; The Movie House, Alphabet City, Out of the Blue, and his first children’s novel The Last Words of Will Wolfkin, and for stage he wrote The President of the Empty Room, which opened at the National Theatre in 2005, directed by Howard Davies.

BENOIT SWAN POUFFER
Benoit Swan Pouffer is the Artistic Director of Rambert and an internationally renowned dance artist and company leader. Born and trained in Paris, he moved to New York where he spent seven years as a principal dancer with Alvin Ailey American Dance Theater. He went on to become the Artistic Director of Cedar Lake Contemporary Ballet, a post he held for 10 years. His tenure at the helm of the company was described by the New York Times as “a New York success story”, gaining wide acclaim for introducing a new generation of international choreographers to US audiences, being the first there to commission work from artists including Sidi Larbi Cherkaoui, Alexander Ekman, Crystal Pite and Hofesh Shechter. As a choreographer Benoit has made dance for companies around the world including Ailey2 and Rambert’s early career ensemble Rambert2, feature films, music videos, and Broadway shows. Recently, he directed Note To Self for Rambert, the last of a 2021 series of innovative livestreamed dance works performed, filmed and broadcast in real time on Rambert Home Studio to fans around the world. Alongside directing and choreographing Peaky Blinders: The Redemption of Thomas Shelby for Rambert in 2022, Benoit will also be the movement director for Max Webster’s Henry V at the Donmar Warehouse. His ability to blend artistically stimulating content with commercially popular work has led to critical acclaim.

there was a dance company where brilliant and daring people could show up and be supported to push themselves to move the world forward.

We believe that to give brilliant and daring people the chance to inspire others is to give them the power to change the world for the better. As one of the world’s most diverse companies of dancers we transform everyday spaces by making dance that is awe-inspiring, adventurous, dynamic, and relevant, and taking it to our neighbourhood, the nation and the world. We want to hear the most exciting and radical ideas wherever they may come from and connect with brilliant and daring audiences and participants from all backgrounds. Through performances; dance and wellness classes and courses for people of all ages and abilities we want to ensure we are inspiring, engaging and relevant to everyone. Rambert’s Chief Executive is Helen Shute and Benoit Swan Pouffer is Artistic Director. Rambert is a National Portfolio Organisation of Arts Council England.

To learn more and find out how you can support Rambert visit: rambert.org.uk

For lots of online dance content, behind the scenes, online classes and podcasts visit our online home join for free Rambert Home Studio

ABOUT BIRMINGHAM HIPPODROME
At Birmingham Hippodrome we are on a mission to enrich the cultural life of the region.

We are an independent charity, funding our wide-ranging and dynamic programme of theatre, musicals, dance, opera, festivals, education and community activities through ticket sales from our 1,800-seat auditorium, 200-seat Patrick Studio, donations and generous support from local and national trusts and foundations.

As the cultural beating heart of the city, the Hippodrome reaches over one million people a year through on and off-stage programmes of work, digital presence, and performances.

To learn more and find out how you can support Birmingham Hippodrome visit: birminghamhippodrome.com

About Caryn Mandabach Productions
Caryn Mandabach Productions is an independent television production company which produces and owns the BAFTA winning drama Peaky Blinders, on BBC and Netflix.  In addition to the critically acclaimed series, the company’s oversight includes all brand-related development and licensing of the eponymous Peaky Blinders brand.  Founded by Emmy-winning US producer, Caryn Mandabach, whose prolific career includes the creation of iconic titles such as Roseanne, Third Rock from the Sun, That 70s Show and Nurse Jackie, the company continues to distinguish itself through development and production of ground-breaking, culturally relevant content that is consistently part of pop culture vernacular. The final series of Peaky Blinders launched on BBC and Netflix earlier this year to rave reviews and record viewing figures, and featured in Netflix top 10 in over 85 countries. 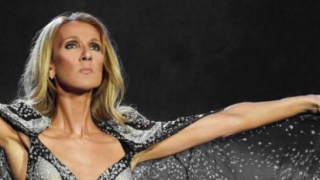 Girl From The North Country With the music of Bob Dylan, the double Olivier award-winning...