Home BARRY HUMPHRIES: The Man Behind the Mask 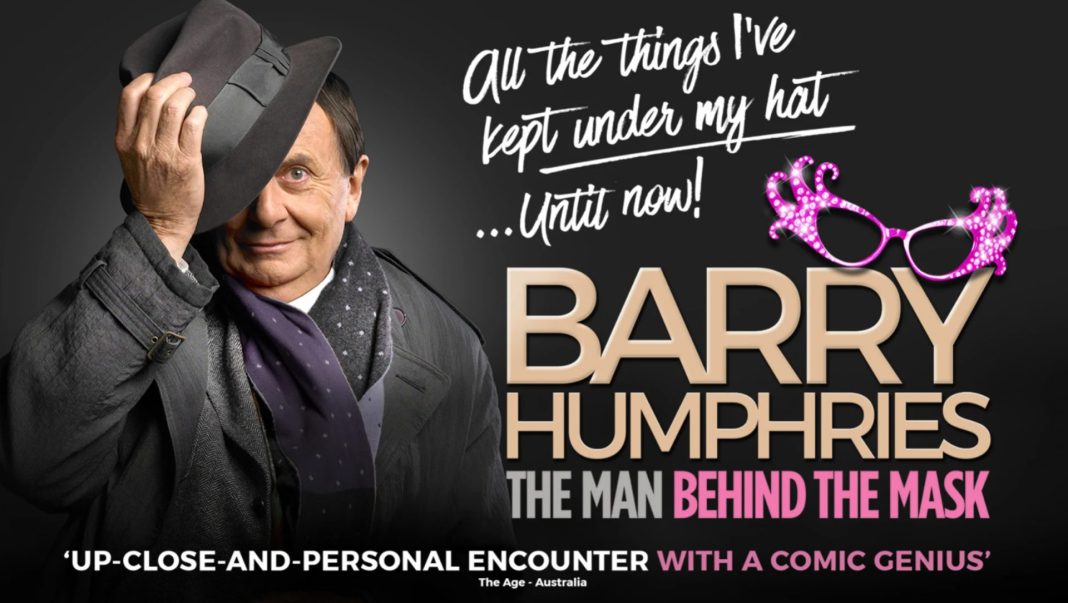 National treasure Barry Humphries will take you on a revelatory trip through his colourful life and theatrical career with his new show The Man Behind the Mask.

The UK welcomed Dame Edna with open arms, immediately becoming a household favorite and filling our living rooms with many years laughter. His other alter egos included Sir Les Patterson and Sandy Stone.

Barry peels off his mask to introduce the man behind the clown.

“This is a show in which I am the principal character; it’s not Les, it’s not Edna, it’s not Sandy Stone. It is really about this character called ‘me’. I’m not in disguise,” Humphries says.

Audiences can expect a virtuoso, comic, solo performance filled with laughter, drama and surprise. There will be an opportunity to ask questions and the magic of technology may even allow appearances – or interruptions – by unexpected guests.