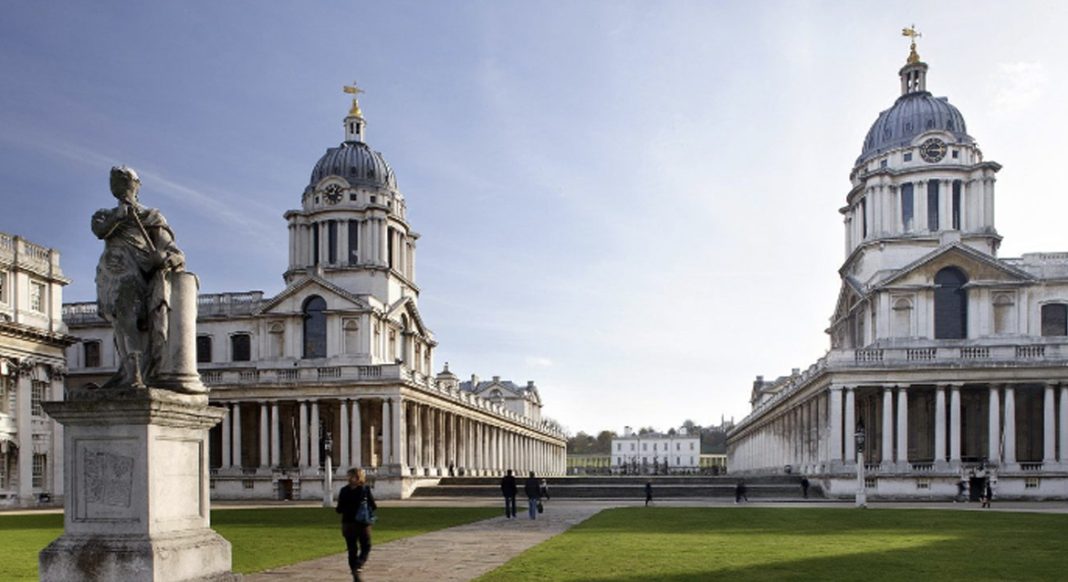 See What's on at The Royal Navy College

Exhibition: Museum of the Moon

2023 is chock-full of highlights at London’s must-see riverside landmark, the Old Royal Naval College, home to the Painted Hall. This iconic site in Greenwich has something for everyone this year, including celebrating the tercentenary of the site’s architect, Sir Christopher Wren, a major exhibition by world-renowned artist Michel Comte, Coronation celebrations and much more.

Having opened in December, artist Luke Jerram’s breath-taking installation the Museum of the Moon is on display until 5th February, enjoying a sell-out run. This incredible sculpture in the Painted Hall provides visitors with the chance to discover the far side of the moon, with a special Total Eclipse Late on 3rd February featuring lunar-themed drinks, pop-up bar, a 360 photo experience, neon face painting, acrobats and atmospheric music. Running alongside is the Lunar Wellbeing Series, with events including yoga, a sound bath, and manifestation rituals under the moon.

2023 marks 300 years since the death of Britain’s most famed architect, Sir Christopher Wren. Wren designed the duo domes and other beautiful buildings that make up the Old Royal Naval College.  This year Wren 300 is a UK-wide festival celebrating Wren, his work, and his impact on Britain’s architecture over the centuries. The Old Royal Naval College will host a programme of events including tours and talks to celebrate Britain’s towering architectural figure. In May half term, gWRENwich: 300 Years of Wren will explore architecture through play, design and photography, with workshops for teens, and play sessions for young children.

History buffs looking for something a little more grisly can visit Blood & Battle: Dissecting the life of William Beatty, a fascinating and immersive exhibition that delves into the life of Dr Beatty until 25th March. Beatty was famed for being Lord Nelson’s surgeon on board HMS Trafalgar, and wore the bullet that killed Nelson around his neck for the rest of his life. Beatty returned from sea and went on to become a famed physician, taking charge of Greenwich Hospital, as the Old Royal Naval College was known then.

On Valentine’s Day there will be a romantic evening of fine dining in the Painted Hall, and Mother’s Day will see delightful Afternoon Teas in the exclusive setting of Admiral’s House. This spring, visitors can enjoy a paw-tastic dog show and cracking Easter events including family trails and chocolate treats. Head to the Old Royal Naval College for a royally good time celebrating the King’s Coronation, with special tours of all the places royals have visited on site, street food stalls and a bar, lawn games, face painting and live music. On 8th May, the London Sea Cadets 500-strong marching band will perform in Lower Grand Square to celebrate the coronation.

This summer, the Old Royal Naval College will host an exciting music festival, with more details to be announced. Greenwich+Docklands International Festival will return with exciting outdoor events from August – September.

In October, the internationally acclaimed multimedia artist Michel Comte brings his exhibition Tipping Point to the Old Royal Naval College, with dates to be announced. This must-see exhibition will feature five new site-specific large-scale installations across the beautiful buildings, grounds, and Painted Hall. Tipping Point is a thought-provoking exhibition that will focus on the global phenomenon of over-salinification of our oceans, and the impact on our environment. Comte’s installations will highlight the nature that is threatened to disappear, and make poignant reminders of our responsibility to the planet.

Film fanatics will love the year-round Film & TV tours, following in the footsteps of stars like Chris Hemsworth, Javier Bardem, Keira Knightly and many more as they discover where blockbuster movies and hit TV shows such as Pirates of the Caribbean, Thor, James Bond, Bridgerton and The Crown were filmed.

The Old Royal Naval College is the perfect place for locals and tourists alike, with regular tours all year round spanning the site’s incredible 500 years of history – from its origins as a Tudor palace, to becoming a hospital and later a naval training college – as well as Nelson Room tours, providing a fascinating insight into one of Britain’s most famous historical figures, and his unique connection to the Old Royal Naval College. The Old Royal Naval College runs a scheme called First Sundays, open to everyone and especially ideal for families, where visitors can get access to the site’s ‘500 Years of History and Painted Hall’ ticket for just £5. Families visiting at any time can enjoy family activity packs as they explore the Painted Hall, and everyone will love having a go in the Skittle Alley, playing skittles as the naval pensioners used to – with wooden practice cannonballs!

The Old Royal Naval College is famed for its Painted Hall, a magnificent Baroque room masterminded by 18th century artist Sir James Thornhill. This incredible room is a painted monument to King William and Queen Mary, who first commissioned the site, depicting not only British monarchs but astronomers, politicians, gods and goddesses and much more on its vast walls and ceilings. One of the finest (and largest) Baroque artworks in Britain, the Painted Hall is not one to miss. For visitors already planning their return visit, tickets can be converted to an annual pass – meaning you only have to purchase entry tickets once for the whole year!

Museum of the Moon Until Sunday 5th February

The Core at Corby Cube