Due to the current Coronavirus outbreak and the government measures implemented to limit its spread, the Collabro autumn 2020 shows have been postponed. The rearranged dates will instead take place in autumn 2021. Customers are advised to keep hold of their tickets as they will be valid for the rescheduled dates.

We are devastated that our Love Like This tour is being postponed, but we are so happy that we could work with our amazing teams to make sure we could find new dates. Touring is the best part of our job and we want all our fans to stay healthy and happy so that when all this is over, we can celebrate this brilliant album together! 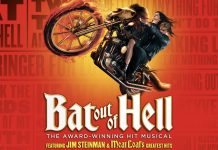 Rescheduled from 19 May 2020 With their eagerly awaited forthcoming album Good Years. The title of...