SEEN BY OVER 22 MILLION PEOPLE WORLDWIDE

This sensational multi award-winning West End show first opened in 1989 and has been thrilling audiences around the world ever since. Now it triumphantly returns to Swindon as part of its landmark 30th Anniversary Tour.

Forget feel good, Buddy – The Buddy Holly Story is FEEL GREAT! Experience the drama, passion and excitement as a cast of phenomenally talented actors and musicians tell Buddy Holly’s story, from his meteoric rise to fame, to his final legendary performance at The Surf Ballroom in Clear Lake, Iowa.

Featuring two terrific hours of the greatest songs ever written, including That’ll Be The Day, Oh Boy, Rave On, La Bamba, Chantilly Lace, Johnny B. Goode, Raining In My Heart, Everyday, Shout and many many more, this show is just Peggy Sue-perb! 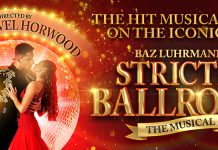 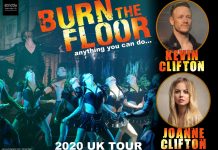 By the Waters of Liverpool

Sunny Afternoon: Musical based on the music of The Kinks

Sunny Afternoon: Musical based on the music of The Kinks

Baltimore, 1962. Tracy Turnblad is a big girl with big hair and an even bigger...
- Advertisement -